Early in 2016 I was metal detecting in Kirby Muxloe, where I had been given exclusive rights, when my XP Deus gave a strange jumpy signal.  My VDI readings were jumping between 40 and 70. It was wet and cold so I decided to make this one my last signal of the evening.  I went down 4-5 inches and noticed a small Gold object in the side of the hole. I remember thinking, Wow how lucky was that, as the spade only missed this item by a few millimeters.

As I carefully picked it from the soil, I could see it was an item of beauty, I shouted to my mate ‘Gold!’ He came running over and we both admired it. Our thoughts were it was Georgian or Victorian as it looked in excellent condition with superb craftmanship.  It had script on one side and white enamel with Gold motifs on the reverse. Amazingly the pin was sill intact and also made of Gold.

Later that evening my friend contacted me with and confirmed it was treasure as he had checked on my behalf with our local Finds liaison Officer (FLO). He also said he was convinced it was from the Medieval period and it was my legal duty to hand it in within 14 days to the local coroner or FLO.

At that point the nerves kicked in, I couldn’t sleep that night. I was extremely excited as this was my first treasure find. I contacted the farmer the following morning to share the good news with him. He was equally excited, he went on to say the family had farmed the land for a hundred years and were not aware of any treasure being found previously. 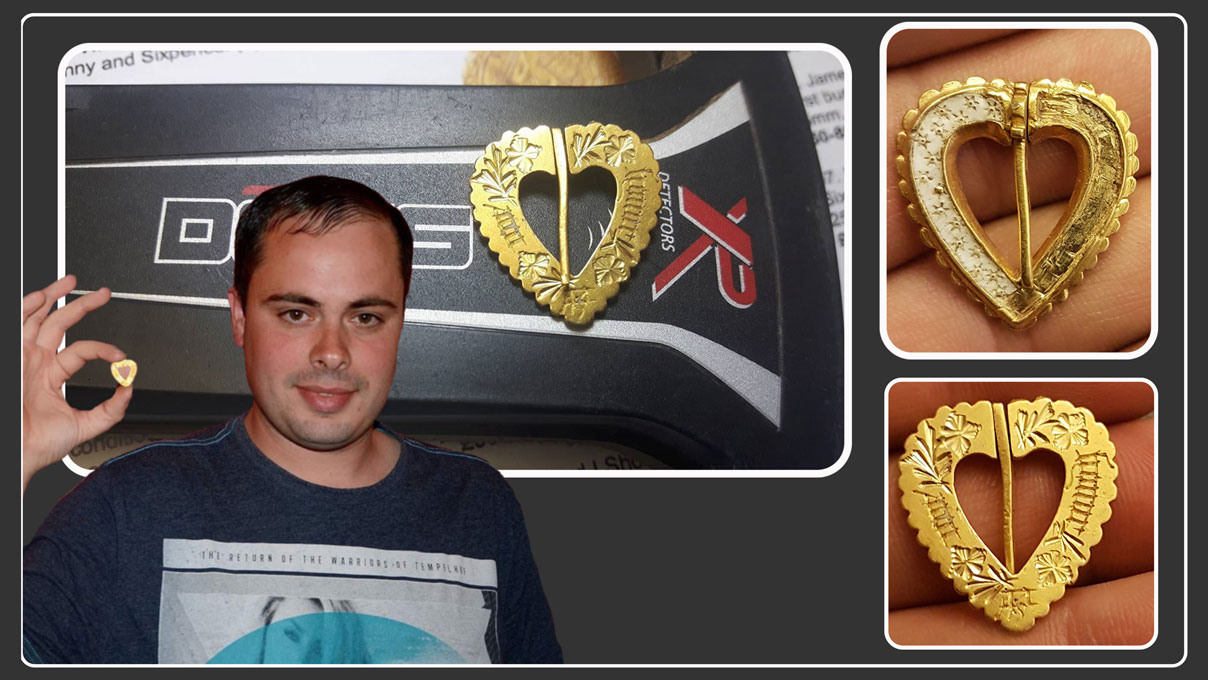 The brooch ended up with the British Museum who confirmed it was made between 1400 and 1490, they were very interested in the French script which translates to ‘Honour and Joy’.
The brooch was with the Museum for around ten months before they decided to ‘disclaim’ the brooch and return it to me.

After discussions with the farmer, who generously said it was my call as to next steps, I decided to put it up for auction.  Sotheby’s were extremely interested but I had, in the meantime, spoken to Adam and Lisa who are both keen metal detectorists and who run the artefacts department called Historica for Hansons Auctioneers and Valuers in Derbyshire. Adam and Lisa were very helpful and knowledgeable. They were excited by this find too.  They offered extremely favourable terms for the auction and, along with Charles Hanson himself, promised a lot of local, national and international publicity leading up to the auction date. 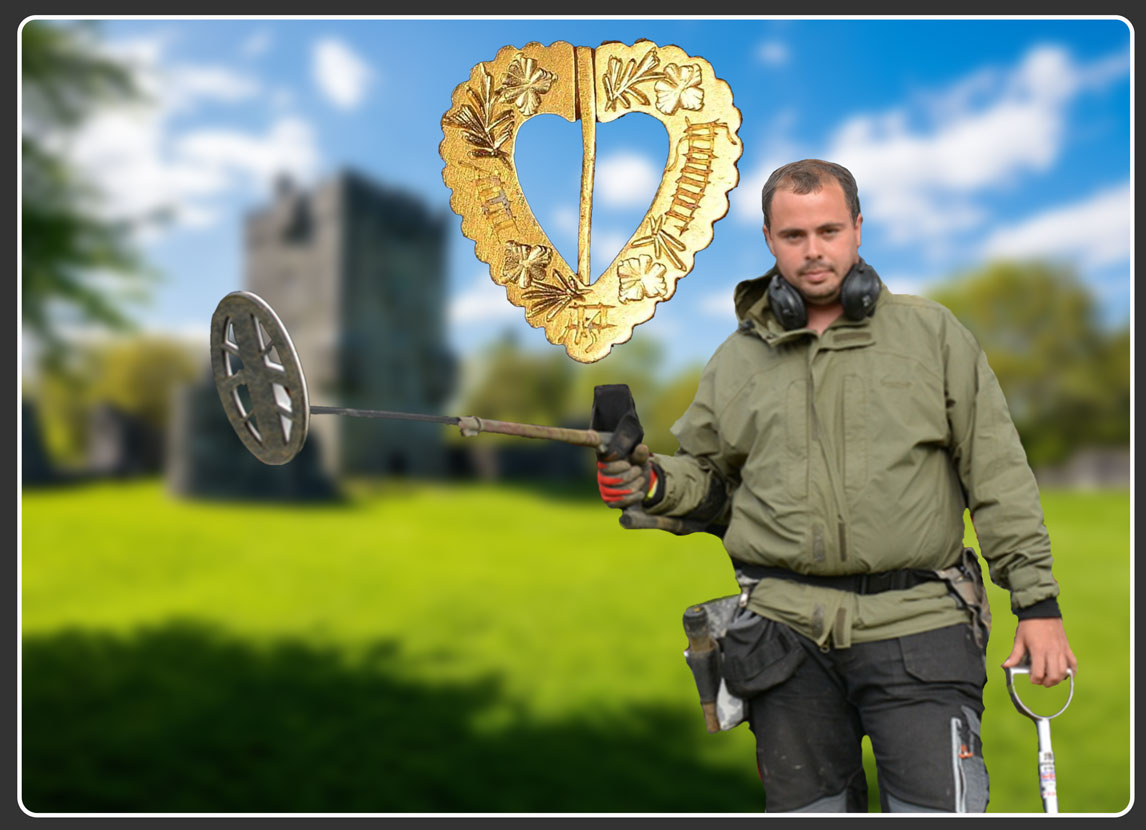 Here is a little information about my find:
It is a 15th century “Honour and Joy Gold Heart” brooch.

This was a Medieval gift of love born from the bloody war of the roses.

I discovered it using my XP Deus just outside the moat of Kirby Muxloe Castle.

The castle was built by William Hastings the first Baron Hastings and it is believed this very item once belonged to his wife Katherine Neville.
Back in medieval times jewellery of this quality was only reserved for royalty and the highest ranks of nobility.