Lisa and I have been out with the XP Deus 9” HF coil for the last couple of months and it is proving to be a very useful tool on the types of ancient habitation sites that we love to search. For the majority of our searching we use 13”x11” coils, which give great depth and the maximum ground coverage when hunting for new hotspots. The sites of ancient buildings or settlements can be very mineralised and strewn with iron and in these situations the large footprint of the 13” coil actually becomes a disadvantage. Whilst the standard 9” coils do perform well in such conditions.

The new HF coils are taking things to a new level, what else is this machine capable of . 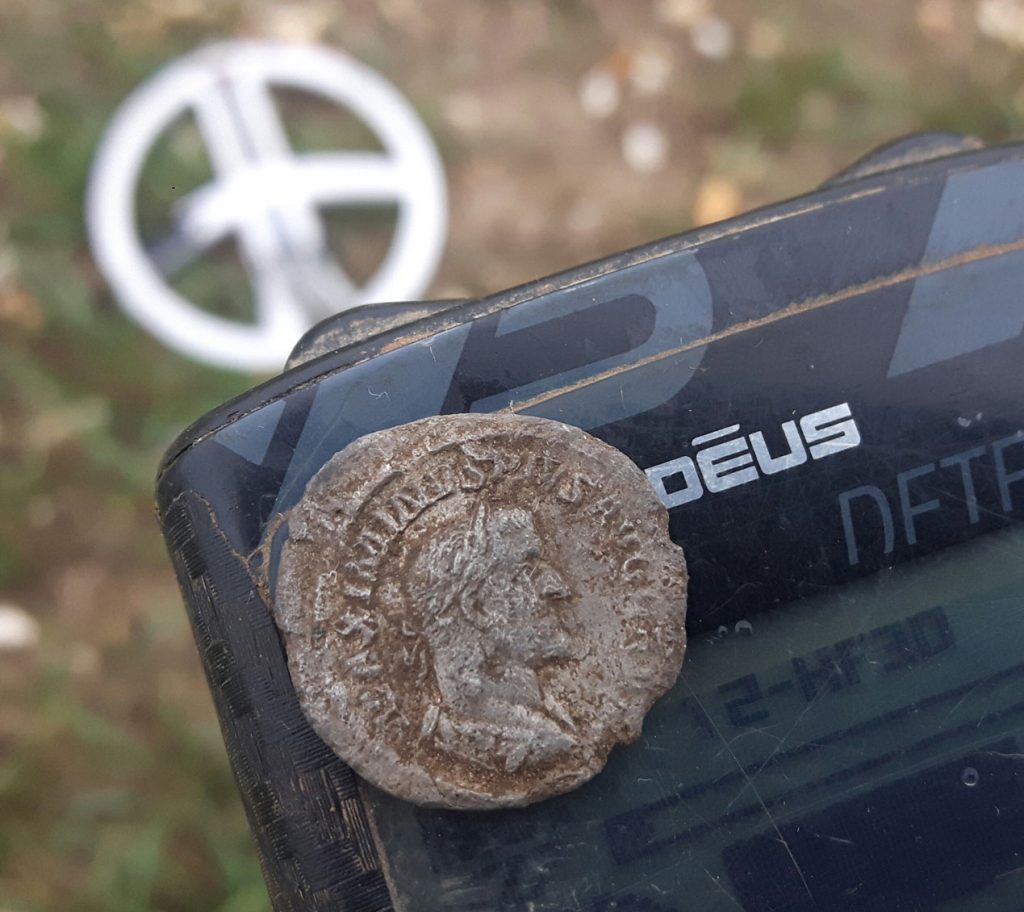 We have been testing the white coil side by side against the standard 9” on a variety of sites that contain settlements of the Celtic, Roman and Medieval periods. Gary’s videos show how well the new coil performs in test scenarios, but how would it perform in the field? The first challenge was a large Roman site that has one really nasty patch. In two hours, the white coil rooted out 20 small Roman bronze coins versus 12 for the standard coil and it also recovered the best find of the day, a silver Denarius of Maximinus. Obviously, tests like this are never 100% scientific as luck can play a  big part, but it gave us confidence in the HF coil and earned it’s place in our detecting armoury . Over the next few outings the trend continued and, no matter which one of us used it, the HF coil continued to outperform the standard 9”.

I was so impressed with this coil that it got me thinking about other places where I could take it. A large medieval field sprang to mind. Although the field itself isn’t highly mineralised, there is an area next to the farm buildings that is particularly bad, partly due to decades of bonfires. We had searched the patch briefly in the past, finding nothing but modern rubbish, but I had noticed some medieval pottery in there. With the rest of the field virtually searched out for the season, I thought this would be an ideal opportunity to really put the HF coil through its paces. The first surprise was airgun pellets – lots of them! I’ve dug plenty in the past with the standard coils but never in such quantity, or at such depths. 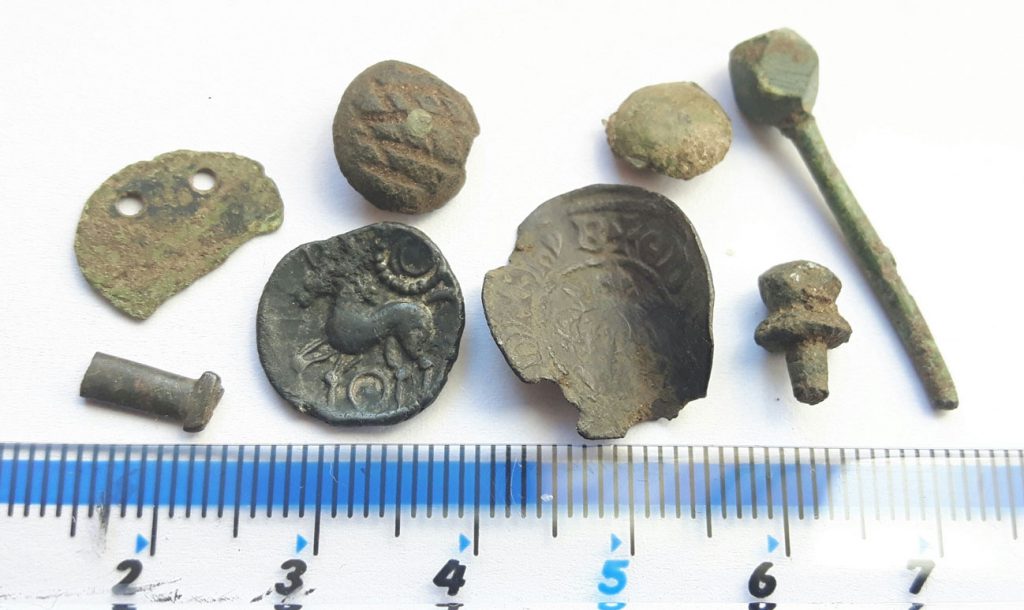 The HF coil really amplifies the responses from tiny targets making them clearly stand out amongst the ground noise and ferrous targets. Although it is only a small area it took me around three hours to cover it properly, digging well over a hundred non-ferrous targets. Amongst these were a couple of small Anglo-Saxon artefacts, a bent hammered penny and, a total surprise, a Celtic silver unit. 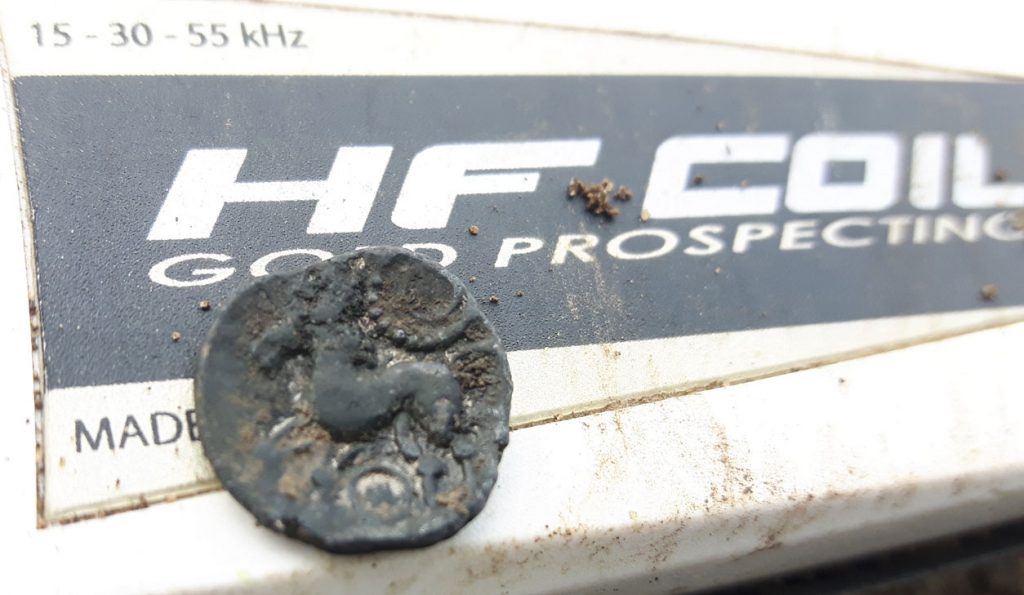 One thing I am very happy about is the depth of the HF coil. I expected the high frequencies to excel on tiny targets in bad ground but I was expecting to be finding only shallow targets. This certainly isn’t the case. One target that sticks in my mind was a very loud, but deep-sounding, target that gave a VDI in the high 80’s. I was expecting it to be aluminium drinks can but was shocked to dig down 10” and find a medieval mirror case. I was totally convinced that from this depth it was going to be a much larger target. I was also surprised by a small Venetian silver coin that stuck to the bottom of a clod of earth I removed from 7” down. The signal had been so loud and clear from this 15mm/0.45g coin that I actually reburied it to check I hadn’t made a mistake. I hadn’t.

This coil is proving so good at finding coins in the sub 0.5g range but also larger coins that are lying on edge, bent, cracked or just previously masked by mineralisation or their proximity to ferrous objects. 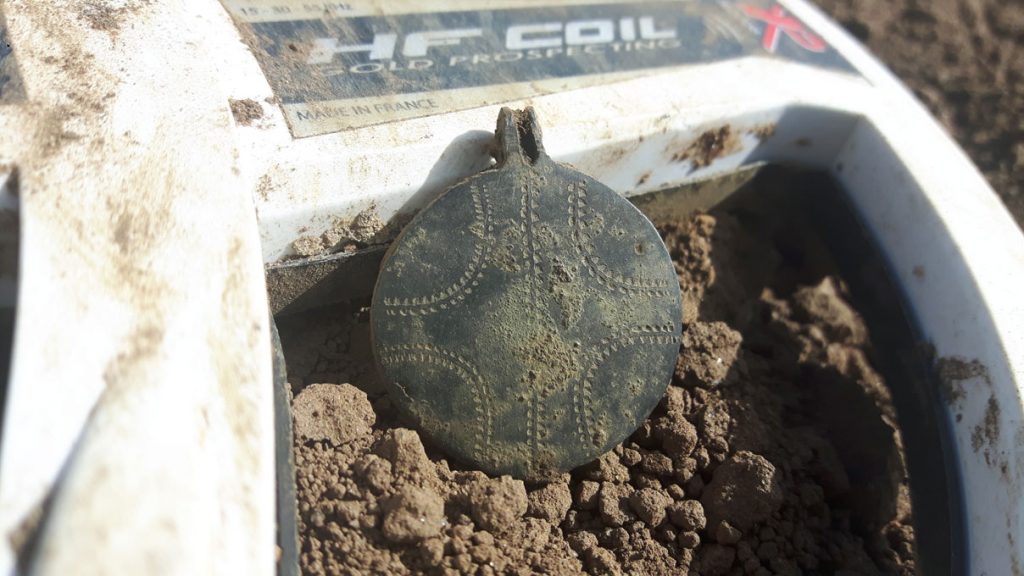 Testing is over. We now fight over which one of gets to use the HF coil or the standard, as we know who the winner will be. It’s very stable at low GB settings which makes it easy to cover these difficult sites efficiently. We’ve recovered dozens of small silver with it already and we can’t wait for our other sites to become available after the harvest… we’ve got big plans for this coil. 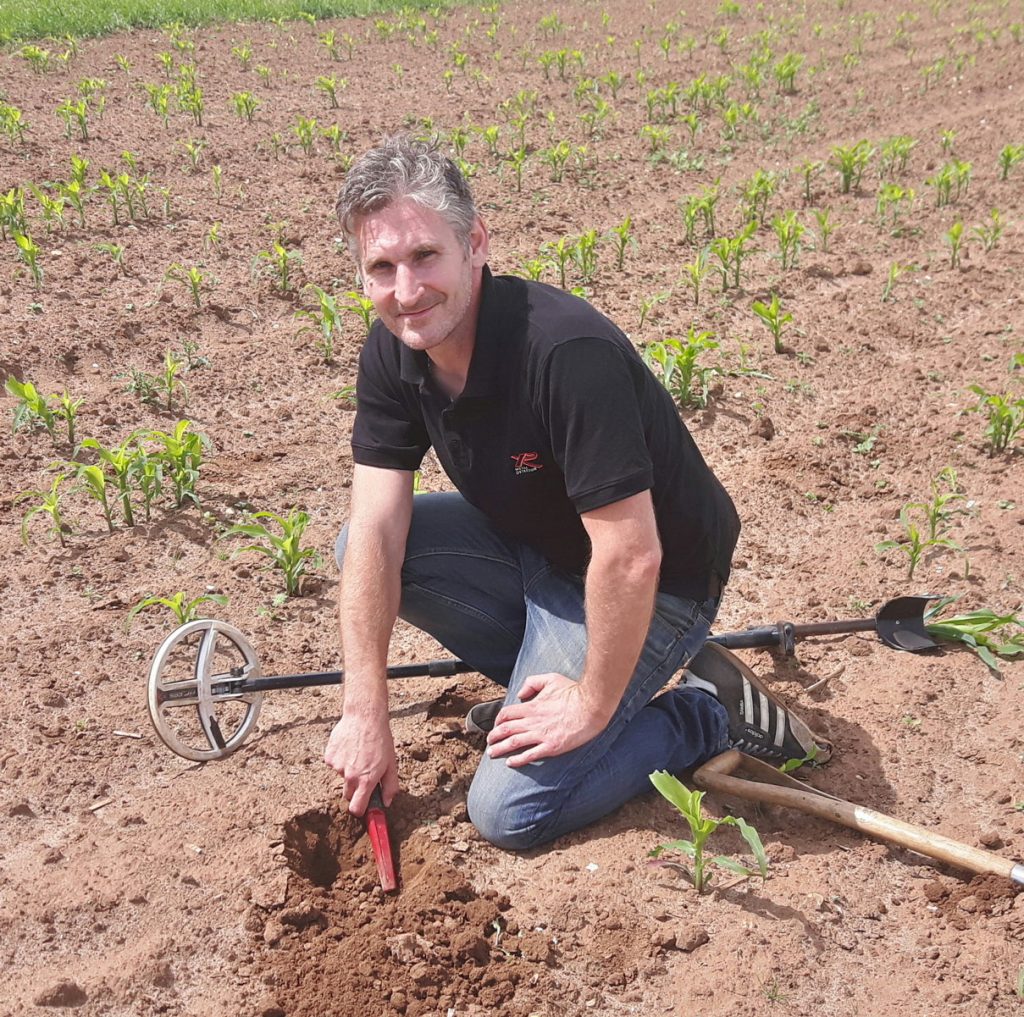