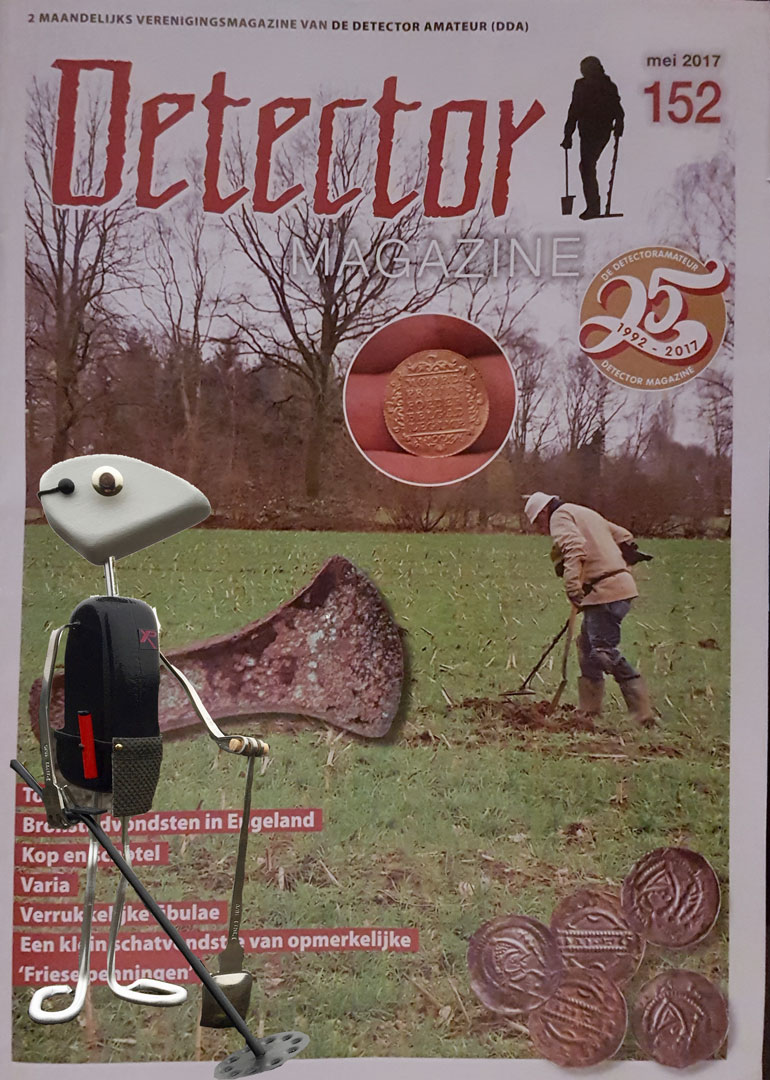 Last weekend the Dutch Detecting Association (D.D.A.) celebrated their Silver Jubilee. Around 500 people attended the event which took place in the little Dutch town called Zeeland. The D.D.A. was founded in 1992, The main goal was (and still is) to improve the relationship between Archaeologist and Detectorists and getting more finds reported to the authorities and give our hobby a strong foundation. 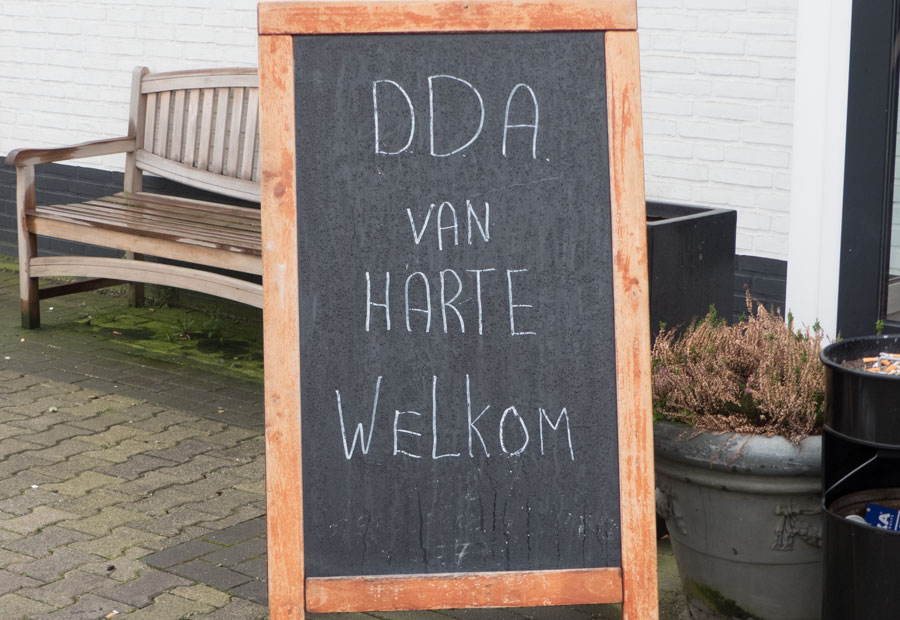 The past few years have been a busy time for the D.D.A. as they have been very closely involved in getting the PAN* system started.
*PAN is best to be described as the Dutch equivalent of the English PAS system. 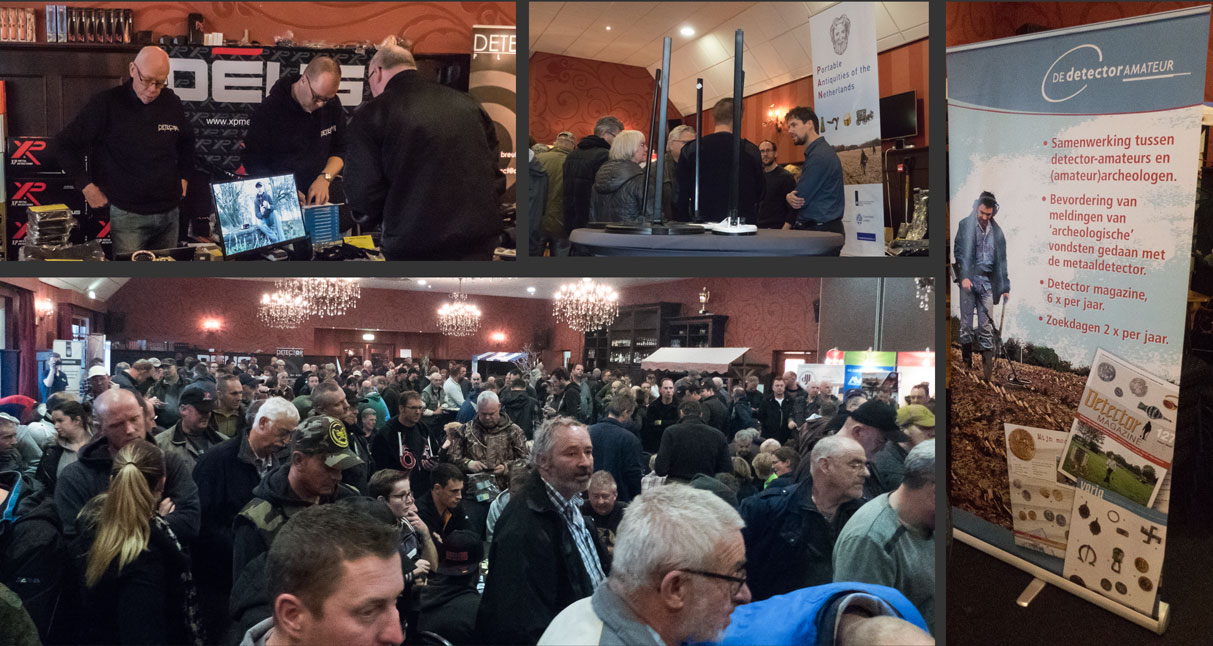 Being it the 25th anniversary, the club had a special detecting event organized for it’s members. People could go outside to detect for hidden tokens to get a chance of winning some great prizes, including an XP Deus. Besides having a great day out, the club also presented a new club detecting finds book to the 6 honourable members, who played important roles for the club over the years. The presentation was also the kick-off of sending every D.D.A. member the same book for free. 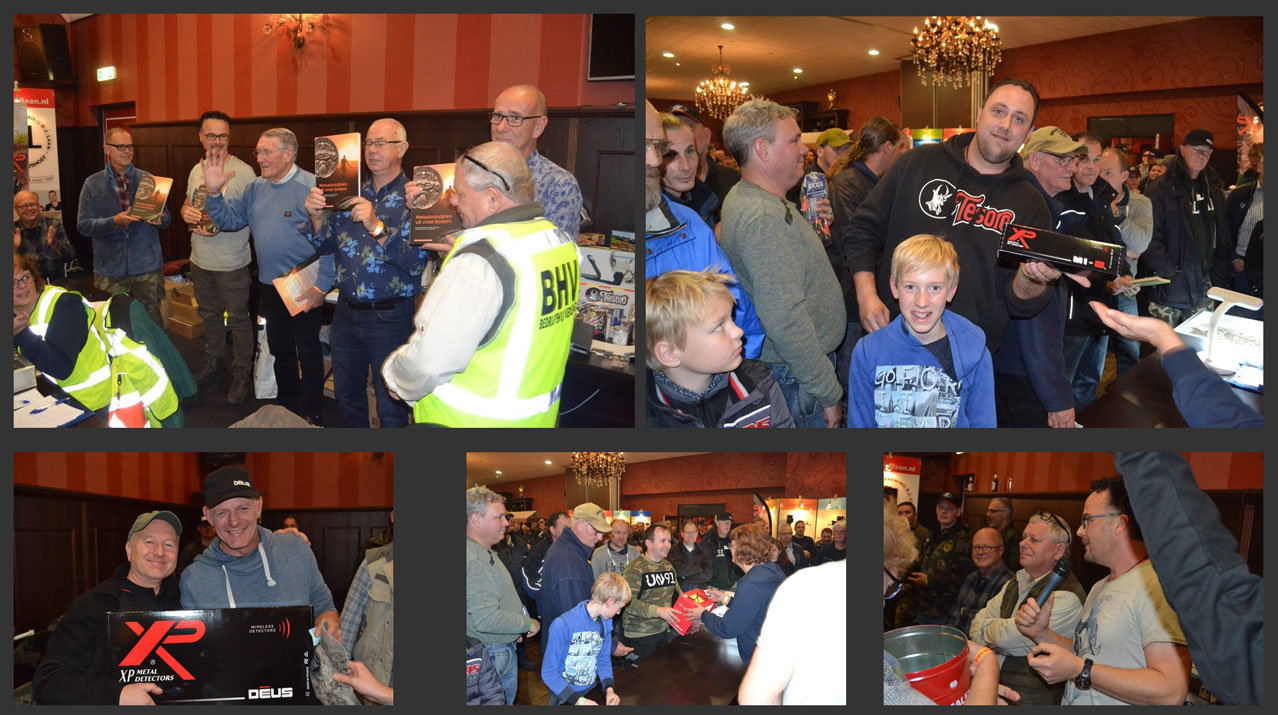 Besides detecting, there were a lot of things to see and do, dealers from The Netherlands had lots to display and had a chance to meet up with their customers, it was good to see Gary Blackwell from XP at the event offering Dutch Detectorists tips and tricks to get even more out of there XP Deus detectors.
It was good to see the advantages of the high frequency coils demonstrated in real time, along with a detailed explanation of the new version 4.1 ground sensitivity feature. 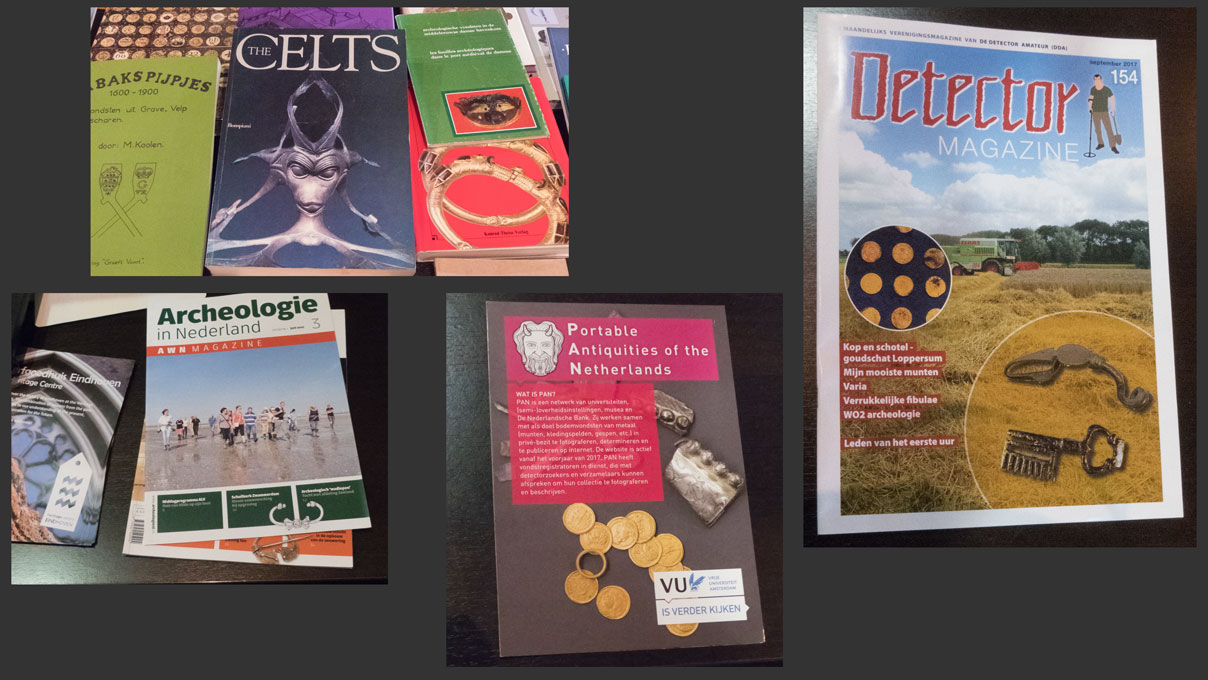 There was a side room specially for identifying and recording finds, this was very popular with those who attended, it gave them a chance to bring in finds and have them recorded and professionally identified. 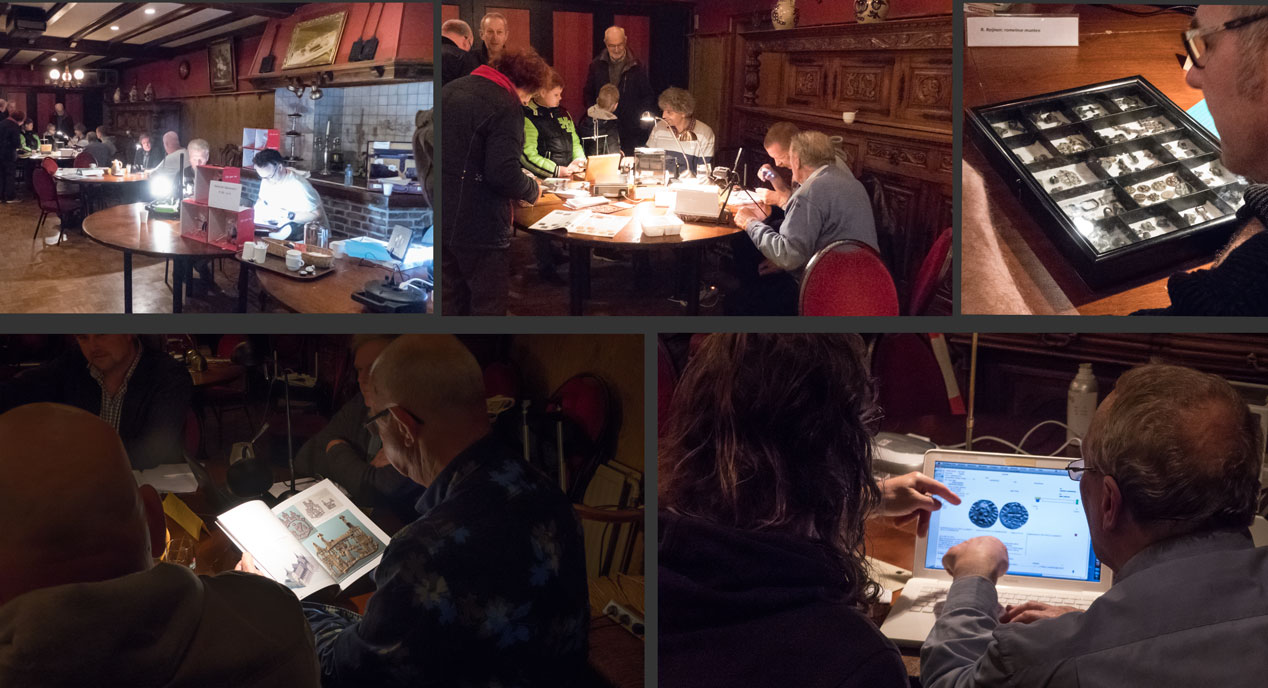 Overall the DDA metal detecting event was a great success, everybody enjoyed themselves, many took away some fantastic prizes.
Thanks to all those who made this event possible. 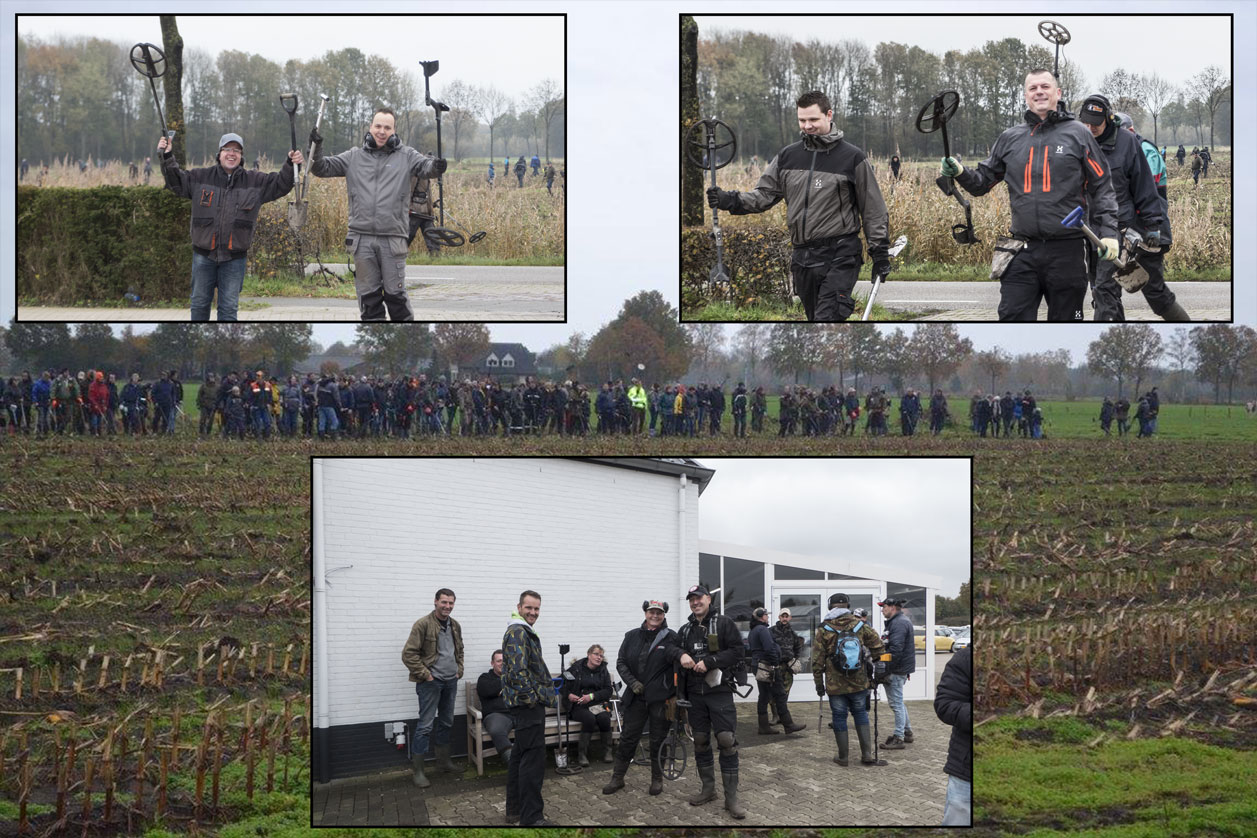