My XP Deus never fails to amaze me, it just loves finding ancient silver coins, here is my story.
I began detecting in 1979, when you still needed a licence from the post office, and found quite a few pre decimal coins, but stopped after a couple of years due to other commitments.
In 2014 I bought a second-hand detector and started again, and soon had the bug, as my interest progressed I decided to get a decent top of the range metal detector. I bought the XP Deus, full set-up with 11” coil, and from that day I have never looked back. 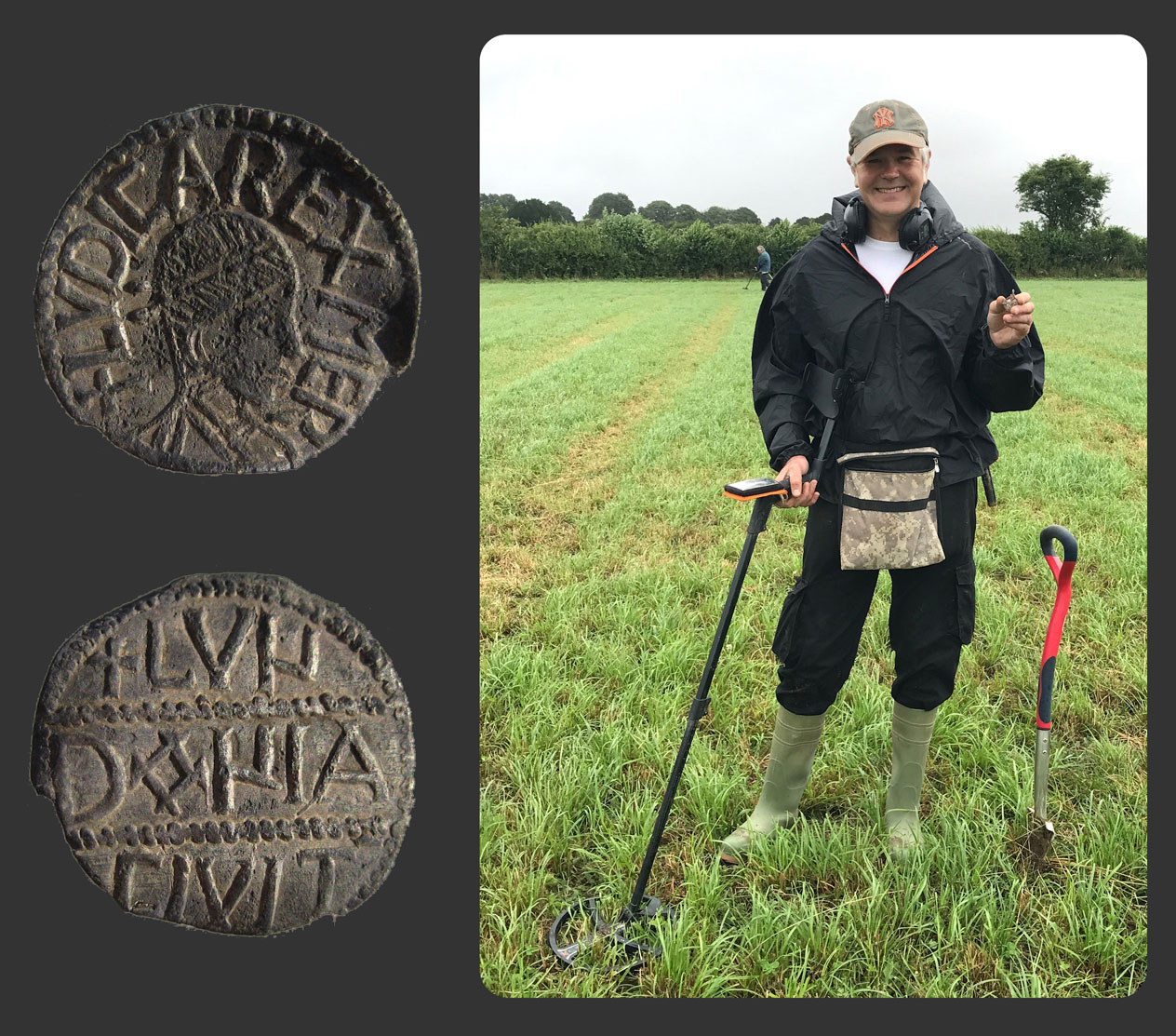 I love using this machine, its wireless and so light that I can use it all day long. From day one I found it a very simple metal detector to use and was everything I was looking for in terms of technology.
I started with Deus Fast, and soon moved on to the Hot program, I found a new confidence when using full tones, I was so in tune with the response and the way it performed, it suited my hearing and style of detecting.

I also bought a 9” coil and the XP wired back phones so I have a full backup machine.

Very early on I quickly discovered that the Deus loves silver, and began to find numerous hammered, milled, and a few Roman and Celtic silvers. I soon had my first Saxon penny with the Hot program, a lovely condition Cnut short cross.

I knew it was a Saxon penny straight away, as the three lines of writing on the reverse were very clear, I got excited and ran over to show my detecting buddy Neil. I left the dirt on the coin, so could not see the obverse until I got home. After washing it in distilled water I could read +LUDICA REX MER on the obverse with a lovely portrait, and see +LVN/DONIA/CIVIT on the reverse. I had never heard of Ludica, so I Googled him and realised that I’d found a rare coin. A little research later it dawned on me that I had a unique coin, as there were no Ludica coins listed with this portrait, and none with the London reverse.

I sent a picture to the Fitzwilliam Museum who told me it was a very important discovery – a coin of a new mint (London) for Ludica. The reverse is very similar to that of a unique London coin of Ecgberht as king of Mercia (829-30), and the obverse is similar to the East Anglian coinage of Ludica, but with a different (London) style. This fills a major gap in our knowledge of the ninth-century Anglo-Saxon coinage. The coin was recorded in the Early Medieval Corpus (EMC 2016:0014). After recording I put it up for auction with DNW, but was advised to withdraw it so that the experts could see it first. I made an appointment and took it to the Fitzwilliam where its was checked over and weighed. It will have to go back to be auctioned soon, as I have a 50/50 agreement with the landowner .

I have now upgraded to version 4 software, and mostly use the default Hot program, I like the new features and now the Silver signals are even clearer.

I had a shock the other day whilst using Hot again on another Mid-Week Searchers dig where the BBC were present. I dug up a Saxon style silver cross in lovely condition – I couldn’t believe it! I showed it to several people, and they told me that it was the real deal. Just then the BBC reporter covering the dig asked me for an interview about it, which I did quite excitedly. Shortly afterwards, it became apparent that it was a modern copy, so that was a bit of a let down, especially as a genuine bronze Saxon brooch came up nearby. It was exciting for a while, and I still sent some pictures to the local FLO, just in case.

Here are some of the Silver coins I have found using my XP Deus. 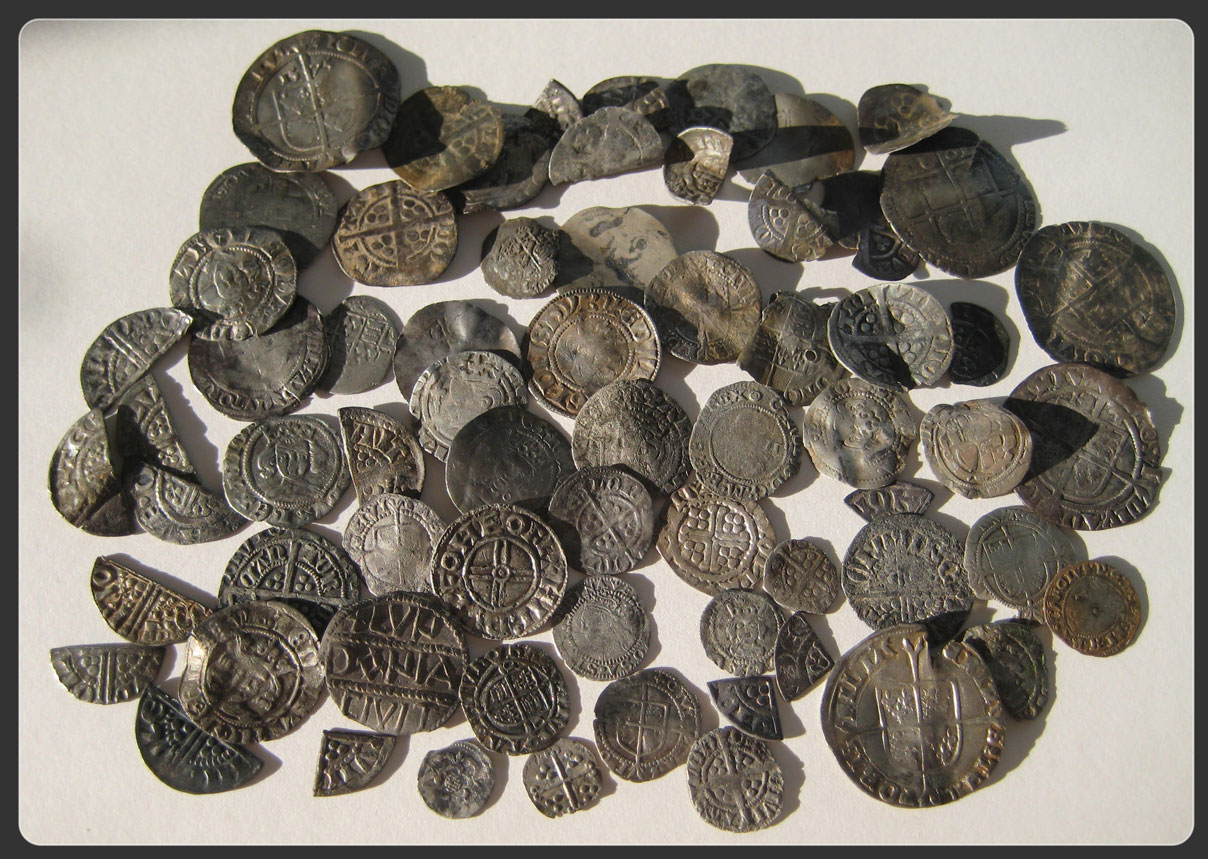 XP Deus tip : The Deus has been designed as a true audio machine, hearing a target tone correctly is an important part and can go a long way to your success. Make sure you have a good program that suits your hearing and if needed adjust the tonal range to a frequency level you are comfortable with.
A simple 2 tone program may be a better choice if you have difficulty interpreting a multi-tonal range.
Tones can be adjusted via the expert menu on your Deus controller.

Be a member of the XP world wide team – If you have a story with good quality pictures or a nice XP find please send it in we would like to hear from you.
Please send your correspondence to:  gary@xpmetaldetectors.com