Keen XP Deus users Phil Kirk and Harvey Cross were out metal detecting one day in January 2013 when Harvey found a handle to a Roman jug and a top of a pot. 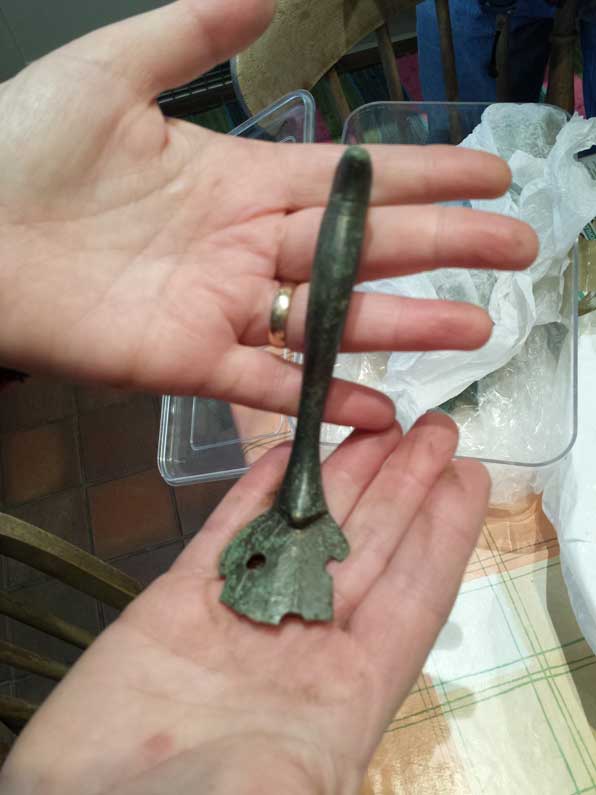 They searched the same area over several outings but nothing else was found except for a few poor quality Roman coins.

Then one day in October 2014 Phil decided to go out detecting for a couple of hours while his wife was out shopping, he decided to go back to the original finds spot and try his luck again.

He suddenly got a signal reading 97 on the Deus meter, he thought this could be iron, but the numbers were not bouncing the constant 97 made him curious so he dug…..He went about 10” down to see the top of a round vessel, at first he thought it was a part of a tractor or farm machinery. 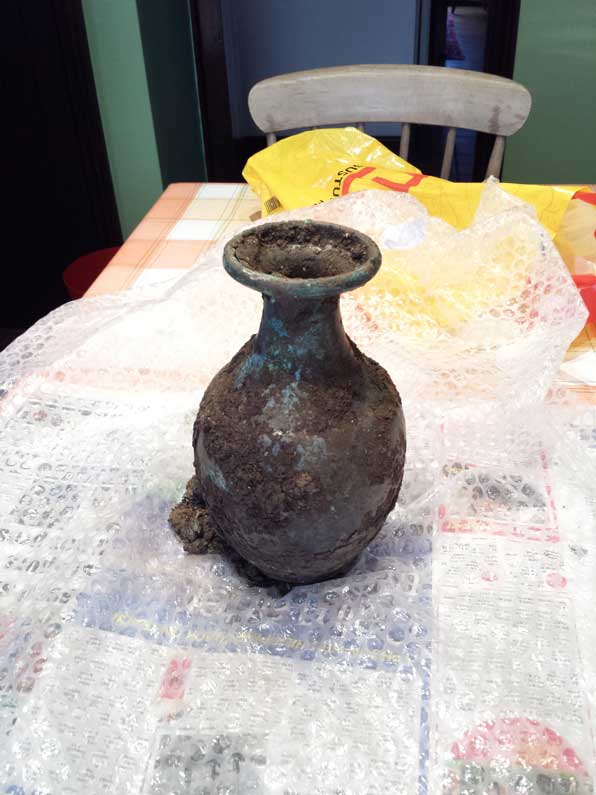 He then noticed there was more to it and could see the body of a vessel.
Phil called his friend Harvey to ask for advice as he works for the local museum…The advice given was “be careful”.

The vessel was unearthed along with some other artefacts, the hole was carefully filled in and the local archaeologists were informed.
As a responsible detectorist Phil wanted to get professional help as he knew any further disturbance could possibly ruin the stratification of the site. 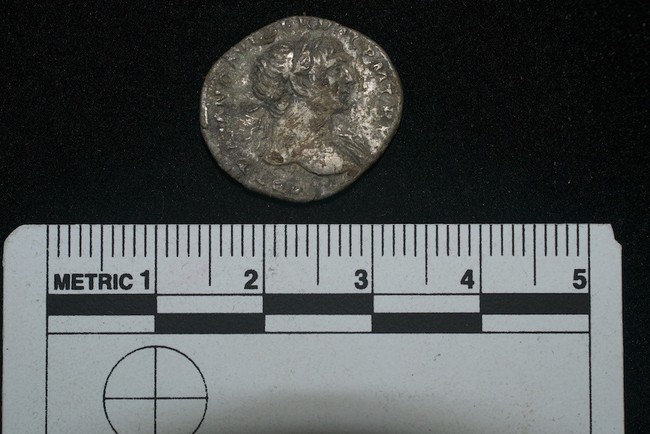 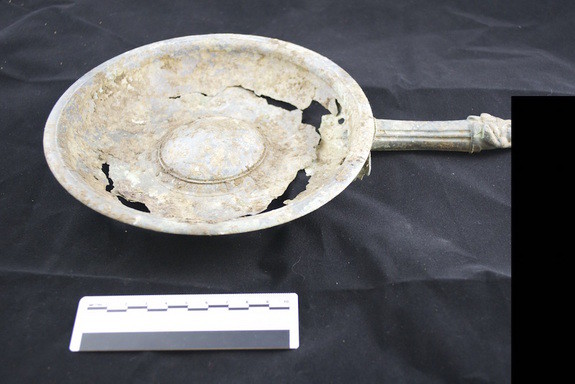 On the second dig with the archaeological team some fantastic finds were unearthed including a glass burial urn, metal artefacts, remains of Roman shoes, coins, glass mosaic dishes, hexagonal bottles, a Patera thought to be used for pouring wine or blood. 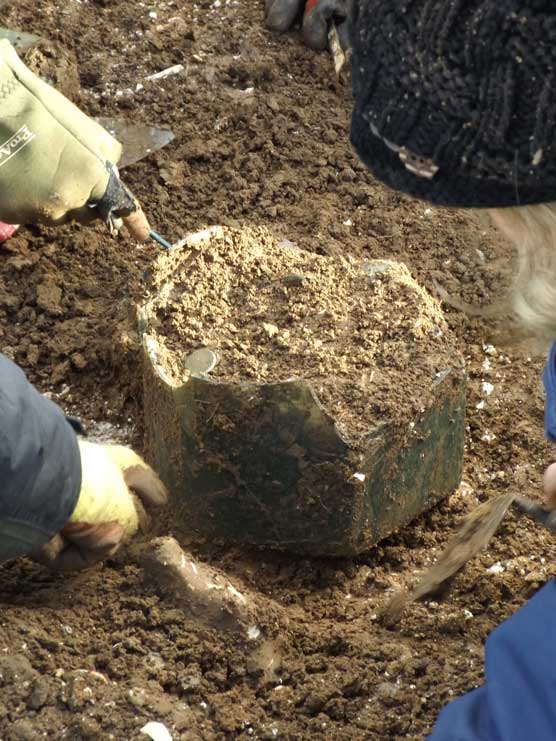 The glass mosaic dishes are a true work of art and believed to have been imported from Egypt. 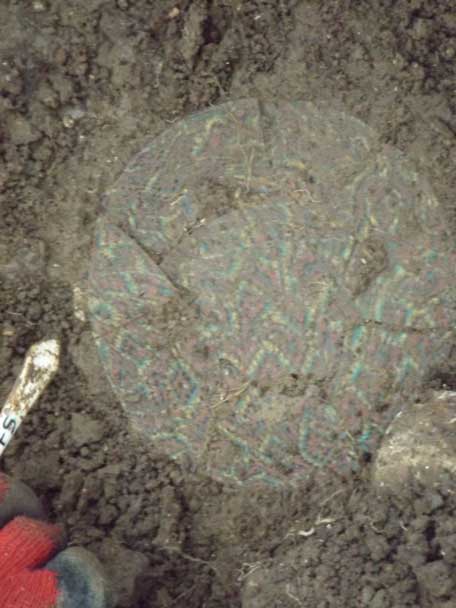 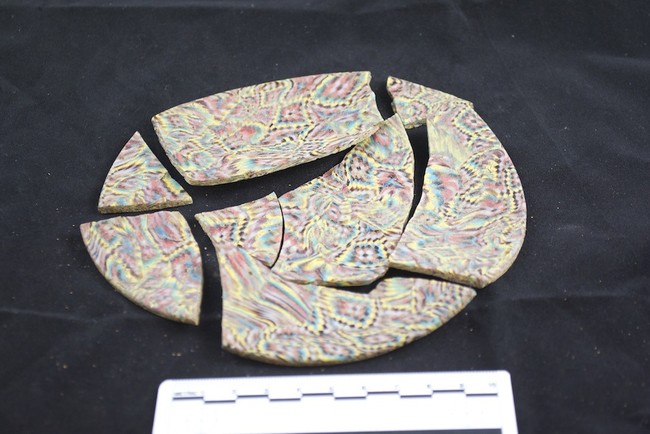 Some of the craftsmanship used on the metal work was unbelievable, you can see a Roman soldier working, it looks very much like a world war 1 soldier.

The finds all appeared to be located in a large flint cairn very similar to the one in the left picture which confirmed this burial was very high status indeed. On the right you can see some of the flints that had been removed. 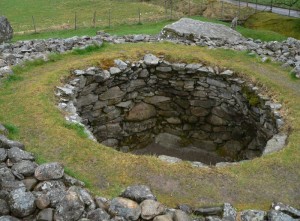 Stones from the actual Roman burial 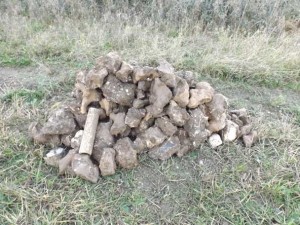 The grave was dated to around 200 AD
All the artefacts are now with the museum and awaiting restoration and further tests.
You can watch Gary’s interview with Phil Kirk ….
Here is the LINK 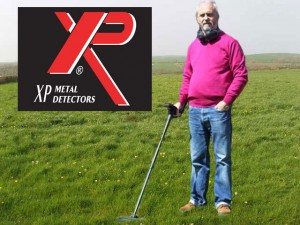