Bronze aged Tutulus unearthed after over 3000 years in darkness. 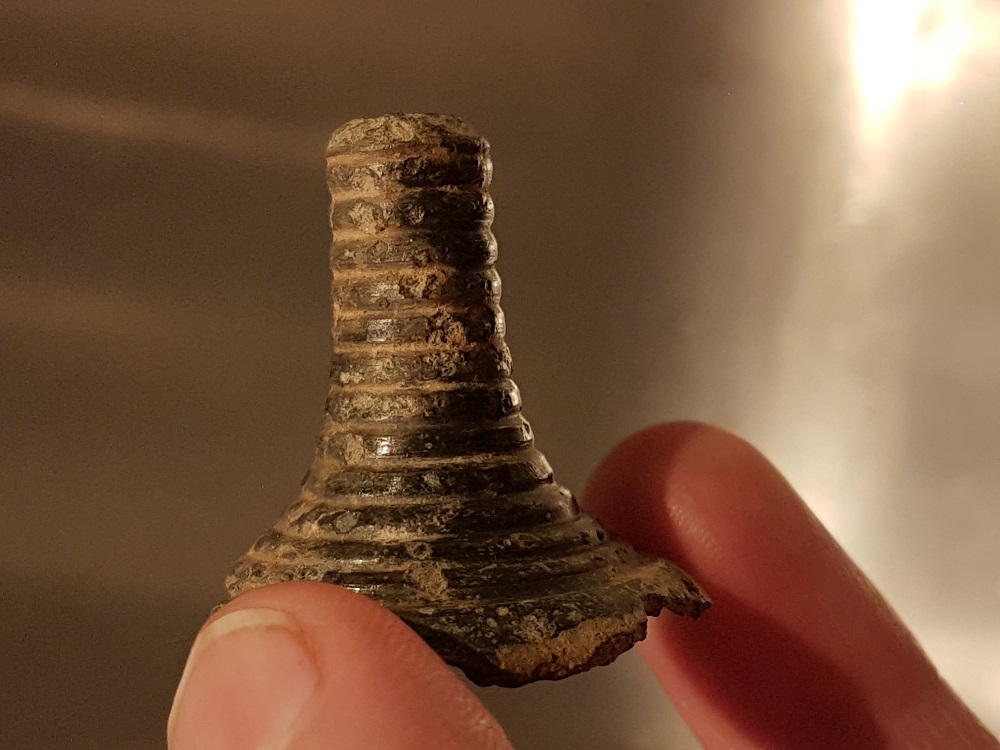 It was late September, 2016 I went out for a days metal detecting on a field I had been working with my XP Deus for several weeks.
The 12 acre corn field was surrounded by buildings, which was probably the reason for all the modern junk I found on previous trips.
On this particular day my hopes of finding anything good had sunk to an all time low, every target was either junk or a button from the 1800’s

After 2 hours I decided to head back towards my car, and true to form just like many other detecting stories I heard a beautiful signal, sometimes signals sound round and perfect, you just know it’s going to be something good.

The target ID hit around 80+ I dug about 12 cm into the gravelly earth to reveal a really strange looking object.
I was shaped like a mountain or round pyramid, on the outside the colour was very dark grey, almost black, on the inside was a chalky white.
This strange object was rather large, 3.3 cm tall and 3.3 cm at the widest point, and hollow in the middle. The outer edge was missing.
I really had no idea what it was.

During my drive home the item sat in the passenger seat, I was racking my brains trying to think what it could be, somewhere in my mind I could recall seeing something like this before….But where ?

When I got home I switched on my computer and searched the internet, these days you can get an answer for just about anything, it is a perfect tool for metal detecting information. I posted on a Facebook group and it was soon decided this is a rare Bronze Age Tutulus, possibly dating back 2000 years BC.
Over the next weeks I went back to the find spot and and 100 meters away found another piece of the Tutulus, the edge even matched.
The item was handed over to the archaeologists, it raised a lot of interest because the surface condition was so smooth. 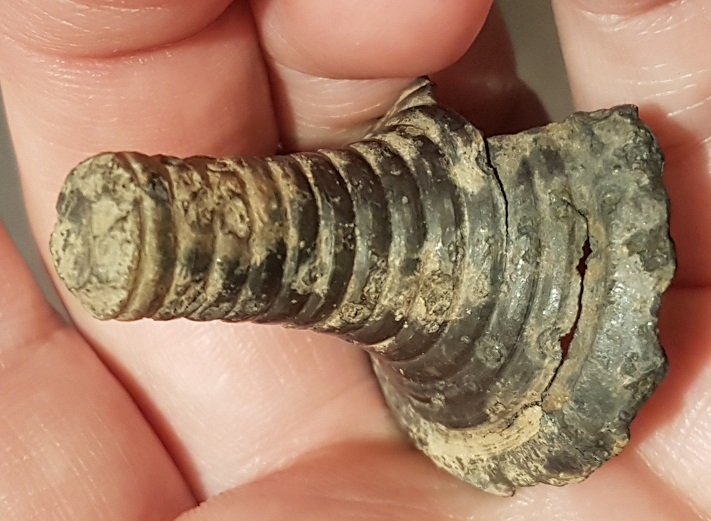 2 months later, I found another piece, this time from the outer edge. There are still pieces from the outer edge missing, probably still in the field just waiting to be found.
I have searched this field before and after ploughing now.

The program I used was a simple to understand 2 tone, I like simplicity when using the XP Deus, sometimes a bleep dig program can be more effective than a complex custom setting. We are all different and like to hear different things. I strongly believe confidence in a program is a big part of success with the Deus, I always use a 2 tone program based around the GMP, program 2.
My special field is now named the ‘Tutulus field’, I am sure this area will reveal more interesting finds now I know the possibilities.

So what is a Tutulus ?
A Tutulus is not so much an item but an ancient stylistic shape, here are some examples. 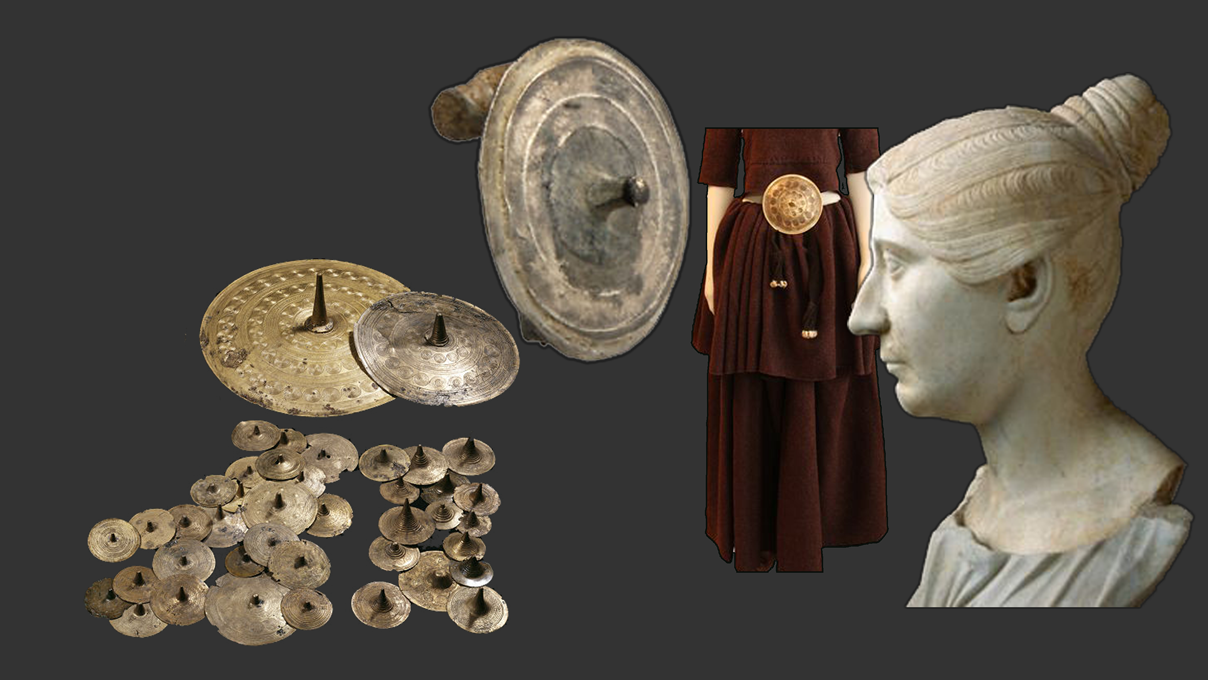 The Tutulus shape can be seen throughout early times, most  Roman women’s hair styles were based around the Tutulus, also brooches and artefacts bear the same conical resemblance. 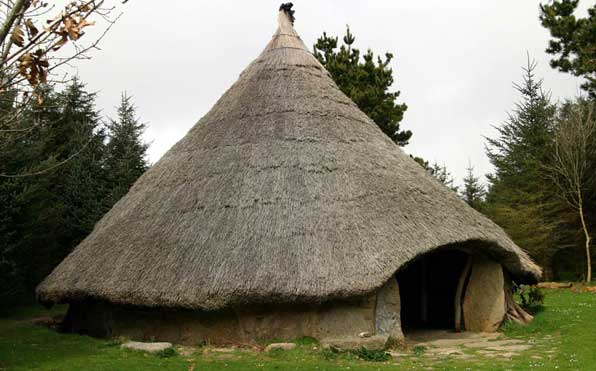 Could this be depicting the shape of an early round house ?

Load up the default Gold Maxx Power settings….Change
Discrimination…..6
Tones…2 tones >Tone 1 (202) Tone 2 (702)
Frequency….11.7
You can see how close to the factory pre sets these settings are, however small tweaks can make a big difference. 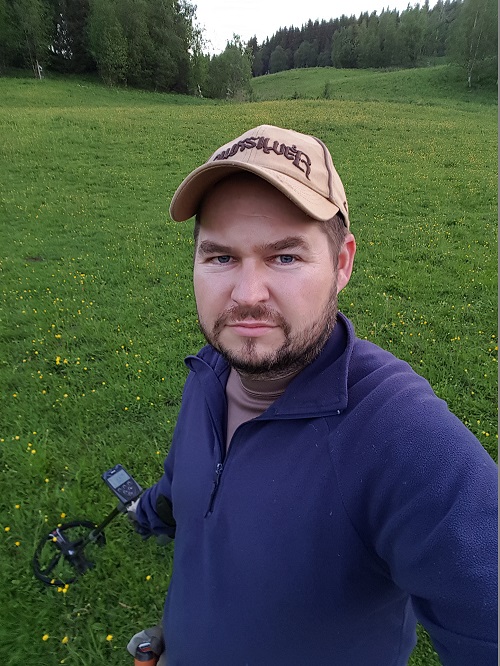