Will it take the Deus to another level ?

The XP Deus 9.5” x 5” elliptical HF coil is a long awaited addition to the range of coils available for the Deus. With a smaller footprint than the standard 9” coil and a higher frequency range up to 80khz this coil unlocks even more potential from the Deus to get in amongst the iron on busy sites and to detect deeper into mineralised soils. 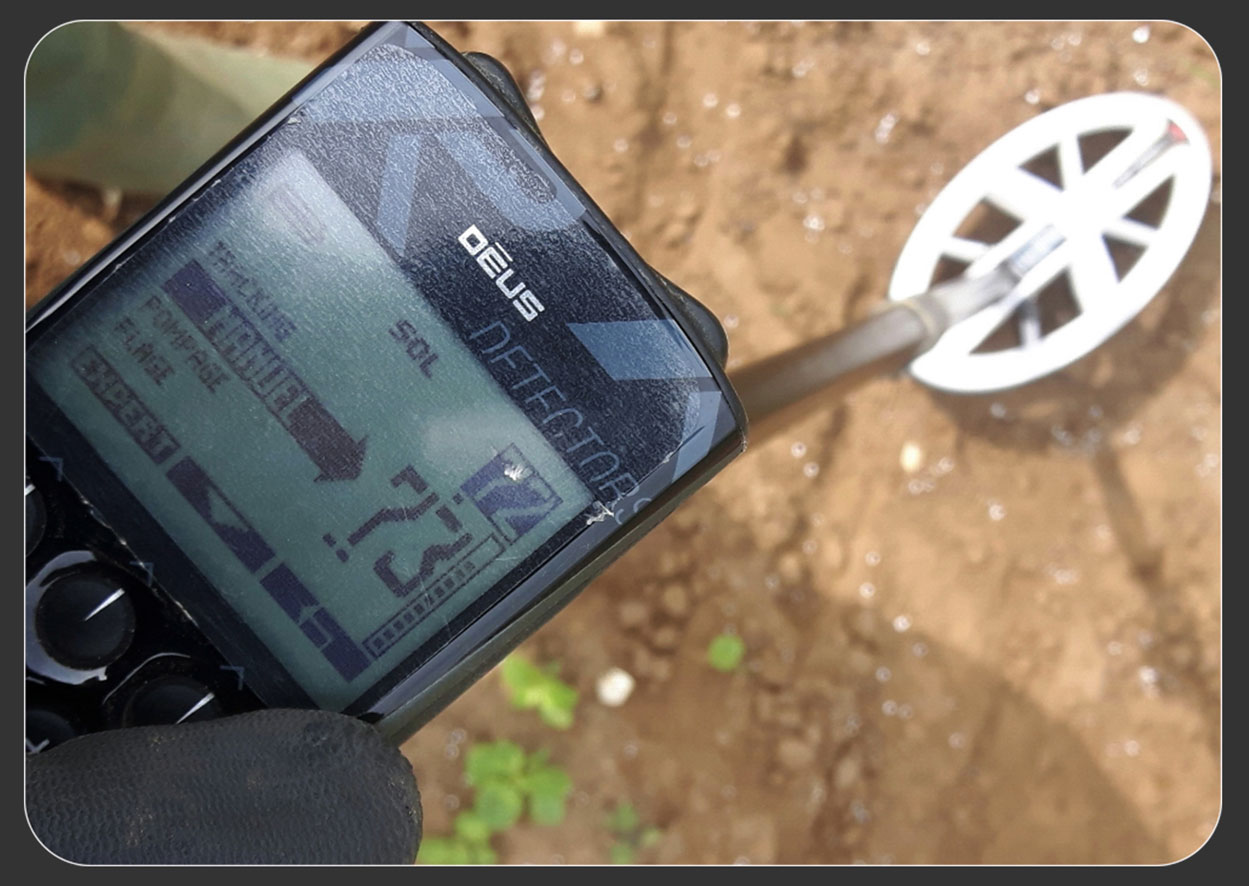 When I received my new coil, I knew exactly where to take it. One of the fields we have permission to detect was once the site of a Medieval manor house and a small area had recently been set with maize for bird cover. Sitting within a field of 3′ high wheat crop, this was a real detecting oasis at the end of summer. We had hit this patch hard over the previous month, with both the standard and HF 9” coils, and the soil is naturally mineralised and chock full of both large and small iron targets. It should be a perfect test for the elliptical coil. 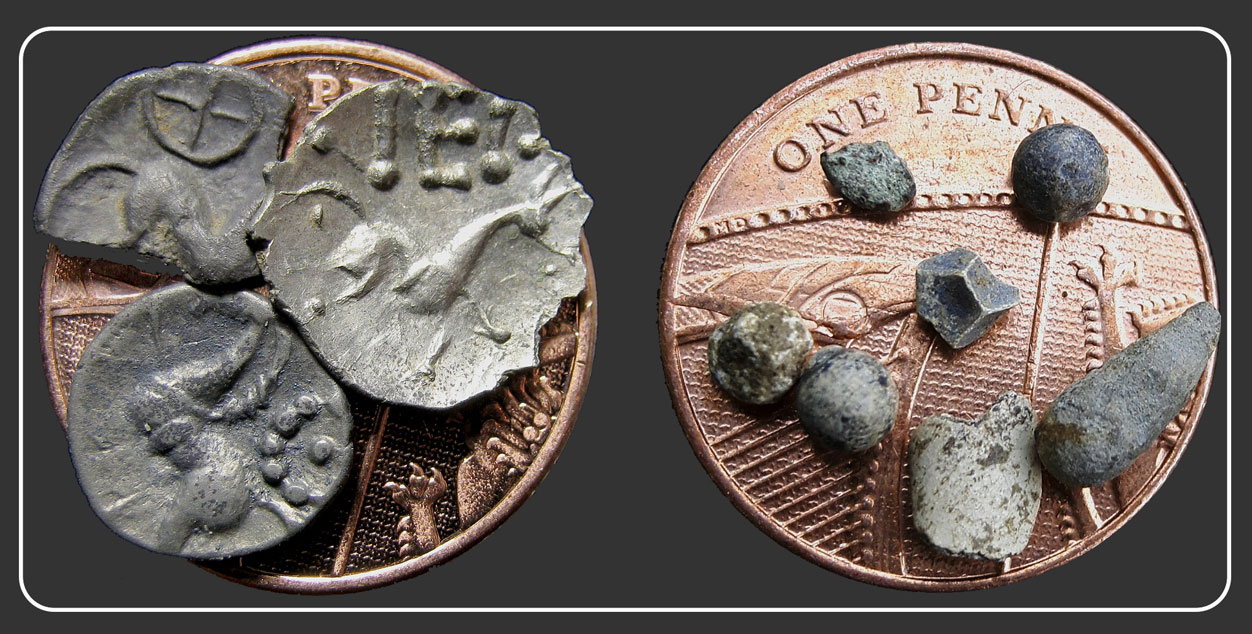 The search – Choosing a good set up

I started my search with my 2 tone HF program at 75khz but soon found I had to back off the sensitivity to 85 to enable the Deus to run smoothly. From the outset I was digging tiny pieces of lead that were giving great signals. It’s always a revelation when new technology shows you what you what you have been missing and I was reminded of when I first took a Deus on a site that we had ‘worked out’ with the Goldmaxx Power. I spent time checking signals with the lower frequencies and almost all the targets were invisible to 14khz and 30khz. Occasionally I would get an iffy response from 30khz, but switching back to 75khz turned them into definite ‘diggers’.  High mineralisation levels on this site mean that the GB needs to be run quite low in order to achieve the best depth, making my 2 tone program quite unstable.  I switched over to HOT, and what a difference the HF coils make to this program! At 75khz the target ID’s are boosted right up. Small, low conductive items now generate a higher tone, making them much easier to pick out from bad ground. Running with the discrimination at -6.4, the field was alive with the low tones from iron but the non-ferrous targets clearly shone through. In a little over 3 hours of searching I recovered 62 non-ferrous targets from this patch, all previously missed, including a tiny hammered silver halfpenny of Elizabeth I.

Next trip out I decided to test the elliptical in ‘normal’ conditions, a flat field where we have found a few nice items in the past but was not the site of any major activity. Using 75khz was a nightmare here, time after time I was digging down to find tiny pieces of shot from shotgun shells. I switched to my HF Deep program (2 tone, reactivity 2, 14khz) and soon started to cover more ground, digging larger and deeper items. The 9.5” length of the coil allows decent ground coverage and with a normal sweep speed it feels very light indeed. Depth at these settings is quite good and my deepest find of the day was a George II halfpenny at 9”. I reburied the coin at 10” and was still able to pick it up, though not with the same clarity. Although I would usually prefer a larger coil in these circumstances I had a very enjoyable day, finding an Anglo-Saxon pin, Anglo-Saxon strap-end and an Elizabeth I sixpence. Lisa, using the same set up, recovered two hammered coins and a fabulous Roman fantail brooch from 7” deep.

Summing up – My personal thoughts

Since then, we’ve both used the ellipticals on a variety of sites and they are proving very effective. Used as our primary choice for the most difficult Roman and Celtic sites or for mopping up the missed finds from productive areas, they have been responsible for some very nice finds. The pinpointing is so precise and it really locks on to even the tiniest target. The extreme sensitivity of this coil at 75khz can be a curse if used in the wrong circumstances but on the right site, when searching for small gold and silver, it’s deadly!