My hunting partner S.C. Keith and I took our XP Deus detectors to a new site last week.

When we got there, he tagged a flat button with his XP Deus just 5 minutes into the hunt. Five minutes later he gets another good signal. It turns out to be a two-piece Civil War Eagle Artillery button. At this point I’m thinking man its going to be one those days where I get whooped on finds.

After about thirty minutes I’m going over an area we hit a few days before and get a good signal through my Deus headphones. I cut the plug out and then started trying to pinpoint the small target. After about 20 seconds I start thinking to myself, this might be a small lead ball or something. Then I see a small oval shaped button. I picked it up and turned it over then noticed some writing and an engraved picture on it.
I called Keith over to get ID on it. After a few minutes he says, “Does that say John Adams?”  I replied,” Yes, it does.” But it wasn’t until later that night that my buddy stumbled on to some information about it. At that point we realized how rare and valuable it really was. 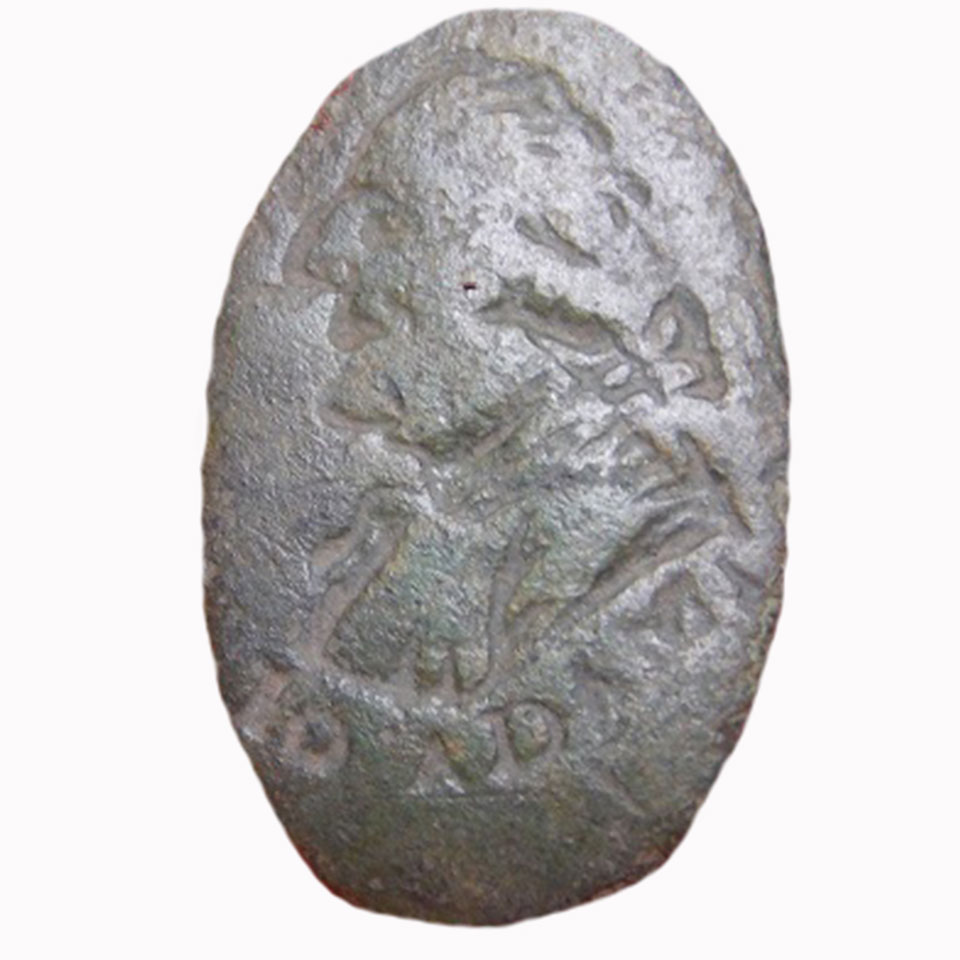 There are less than ten known examples of a John Adams cufflink known to exist. I’m so excited about making this find and I am still in shock!  The XP Deus has found me many great finds, an has indeed done it again in style.
If you have watched my YouTube channel then you have seen some of those finds. But this is by far the greatest thing I have ever found. The second President of the United States engraved on a button. What a piece of history!

Here you can watch the video showing the point of discovery.

John Adams was born on October 30, 1735, in Quincy, Massachusetts. He was a direct descendant of Puritan colonists from the Massachusetts Bay Colony. He studied at Harvard University, where he received his undergraduate degree and master’s, and in 1758 was admitted to the bar. In 1774, he served on the First Continental Congress and helped draft the Declaration of Independence. 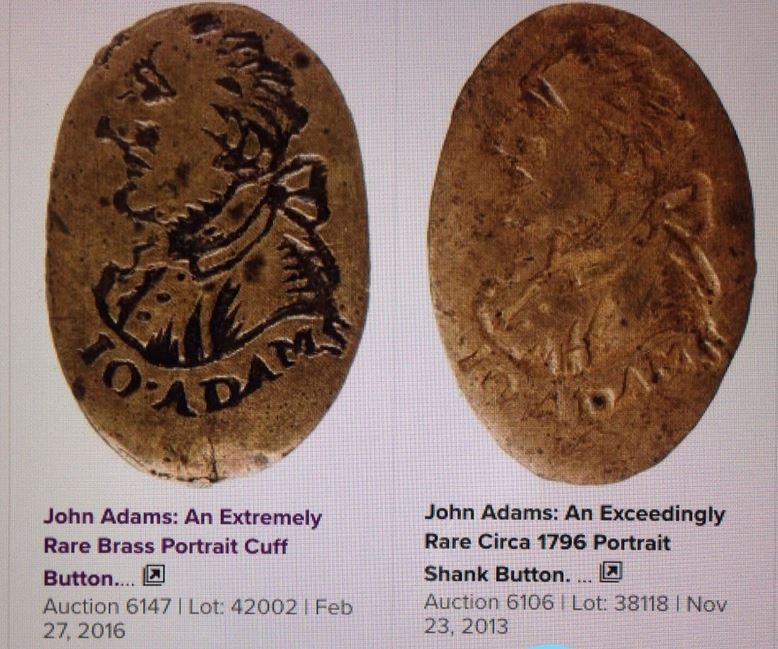 John Adams, patriot during the Revolution, member of Congress and representative of same to European leaders. first Vice President of the United States under Washington, 2nd President of the United States of America. His son John Quincy also became President. That piece probably dates late 1790’s and is awesome. He died July 4, 1826 within hours of the death of his political rival, Thomas Jefferson.

Then only days later bucket list find number 2 appeared while out hunting with my buddy Chris AKA The Black CAT the temperature was around 50 degrees.

Early on in the hunt I hit a really nice 1855 half dime.
What happened next was truly amazing, a good strong signal came through and I started to dig, I could see a button, but was that a GW inscription ?
Surely my eyes were deceiving me !

A Washington button, its a super rare piece only 4 of this type are known to exist.

I called my other detecting partner S.C. Keith for a quick ID, he quickly called back and I could not believe what he was telling me.
This button is on pg.396 of Albert’s button book. It is listed as WI 20-A. On the GW button website it is known as GWI-20-a. Later I spoke to the owner of the GW site, and he thinks it could still carry a rarity of R-6, the means only 3-5 are known.
George Washington buttons auction prices.

Here is a video of me discovering the button.

The button was found using 28 khz, searching in iron using my own modified Sifter program, I think this is a great unmasking frequency.
Thanks XP for making the best relic machine on the planet ! 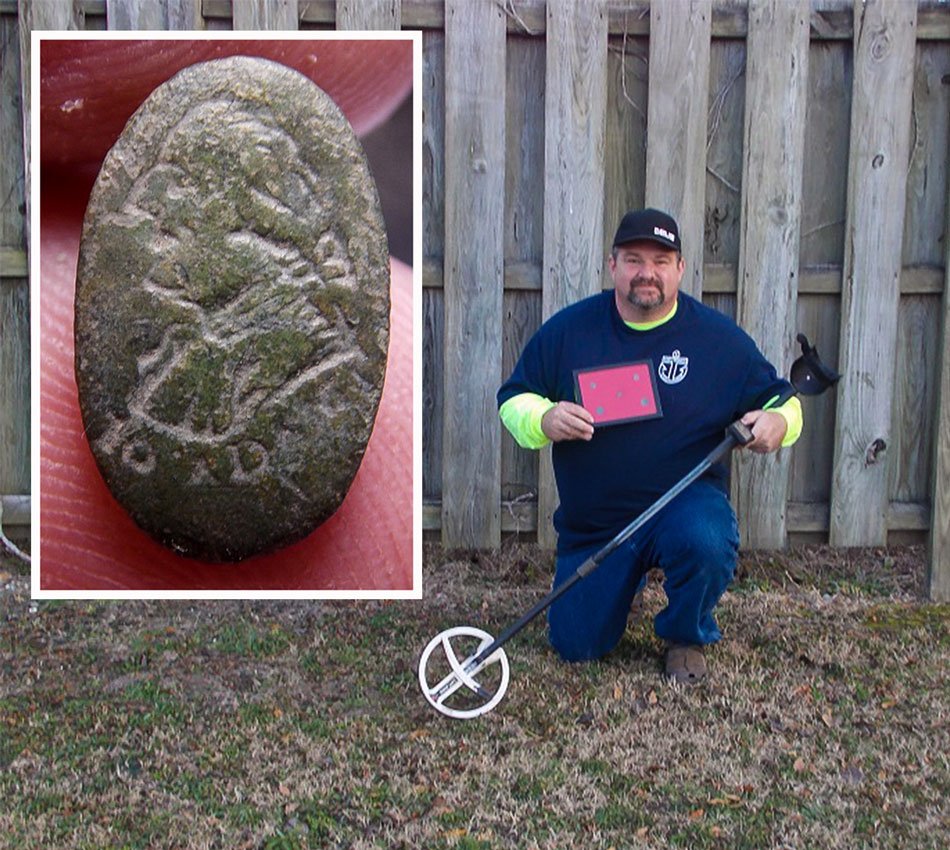