The first XP Deus Skill School training day was a great success, everyone had a good time and took some interesting Deus information home with them.
Shortly after the event I was contacted by one of our top XP dealers, Peter Turrell from Leisure Promotions, he said he was so impressed with the seminar he wanted to ask if it was possible to arrange a Skill School for his customers.
Pete already had a venue in mind so a plan was put into action, with a limit of 50 people.

We started the day with Tea’s and Coffee and the event got underway, the venue was perfect, almost like a cathedral with everything you could ask for including a massive screen and projector.
The audience participation was good and lots of questions were asked. The seminar consisted of various topics, 10 videos and a Q&A after each section. This was also a good opportunity to see the new XP products and find out more about their applications in the field.

The seminar ended at 1.30 and we all went into the restaurant for a freshly prepared meal and dessert.
Once everyone had finished eating they collected their machines and headed into the nearby field for part 2….some hands on 1 to 1 training. I find this a good time to talk with people as sometimes they do not want to ask questions in front of a crowd. 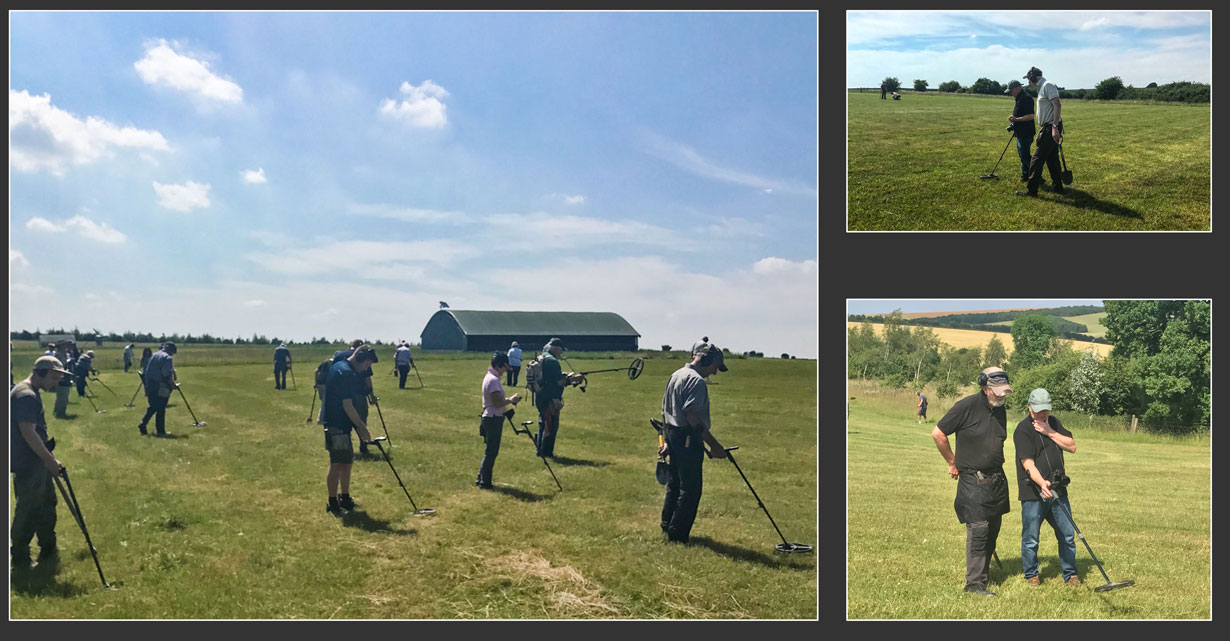 Within what appeared to be minutes Karl appeared with a fantastic Roman duck brooch, still displaying its colourful enamel, then a Silver Roman coin, then another and so on. It was hard to keep up with the finds, however the sweltering heat was proving too much for some people. 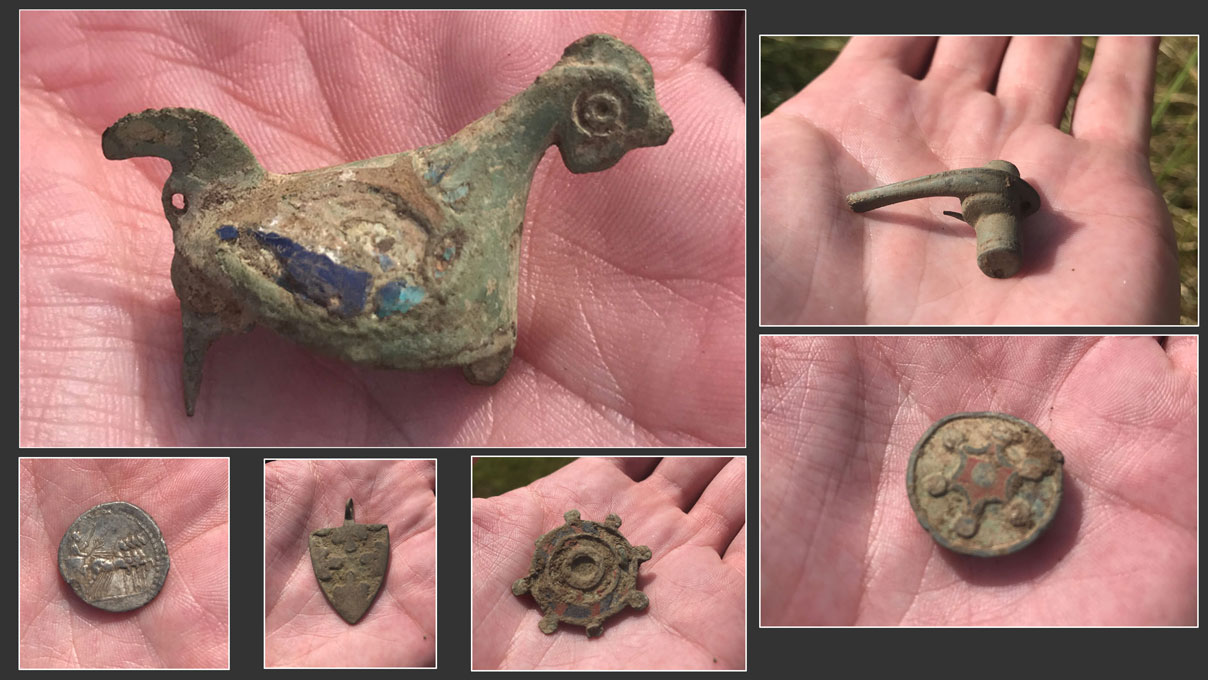 The venue organisers dropped over 2 boxes cold of bottled drinks for us all which saved the day, recovering targets was not the easiest task in the stony dry soil, but those who persevered were well rewarded. 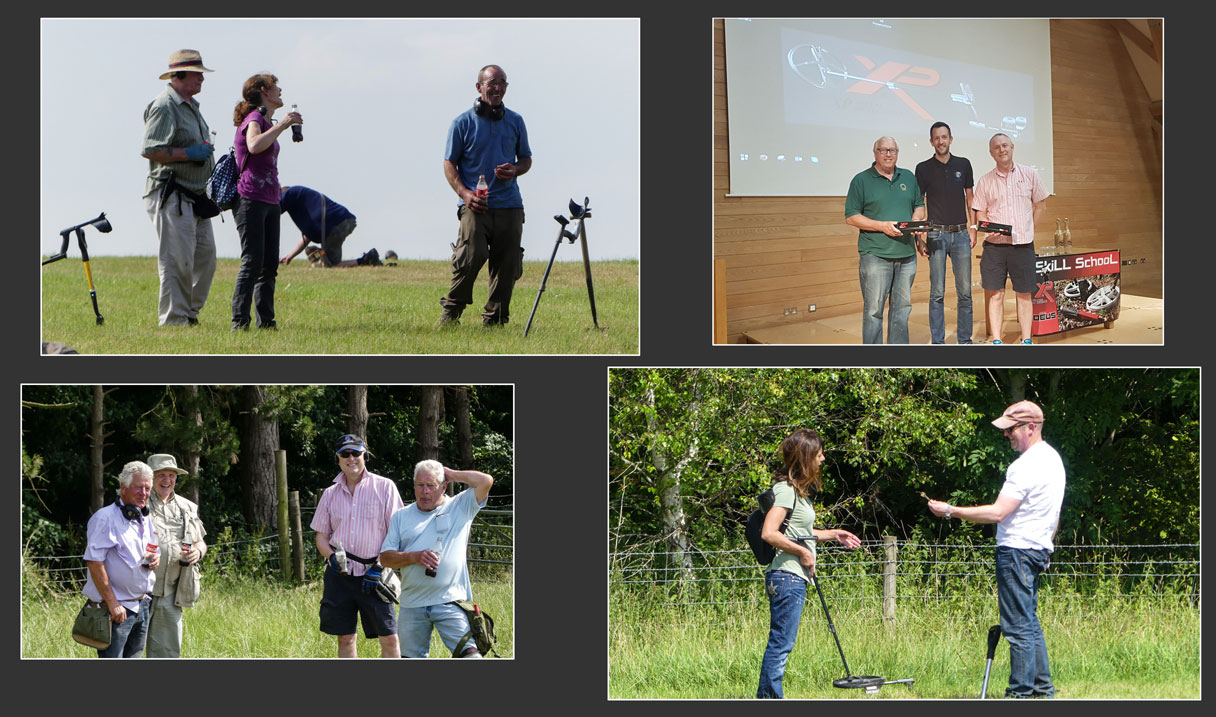 It was a great event I would like to thanks to those who attended and special thanks to Leisure Promotions for organising the XP skill school day.