As a metal detectorist we always like to get back to a spot where you have had good results, right?
That was also my thinking, so I decided to re visit the forest which was the theatre of my first XP Deus discovery when I found 9 silver coins. Once again, when my job allowed time I called my friend and arranged another metal detecting trip.

I must admit, after finding the original coins, being also my very first experience with the XP Deus, my confidence was considerably pumped. With this renewed confidence in XP products, I decided that a second coil would be wise choice, so I bought the HF elliptical.
I guess like most Deus users I was curious about how this search coil would perform at 80kHz. I had already consulted with some online friends, who were already using HF Coils and after reading some reviews and video demonstrations, it became the new weapon in Deus my setup.

To be honest, when I first saw it in the shop, I thought that the price was just a bit spicy

But I knew that coil was coming home with me.
I went back to the forest with the following setup: MI-6 pin pointer, Deus with RC and elliptical HF coil, with general settings of Freq 30kHz, Sens. 94, Silencer -1, Discrim. 0, React 2, Audio Response 5, Iron vol 2, 5 Tones.
My friend was also using a Deus with RC and 28 standard coil and the MI-4 pin pointer. 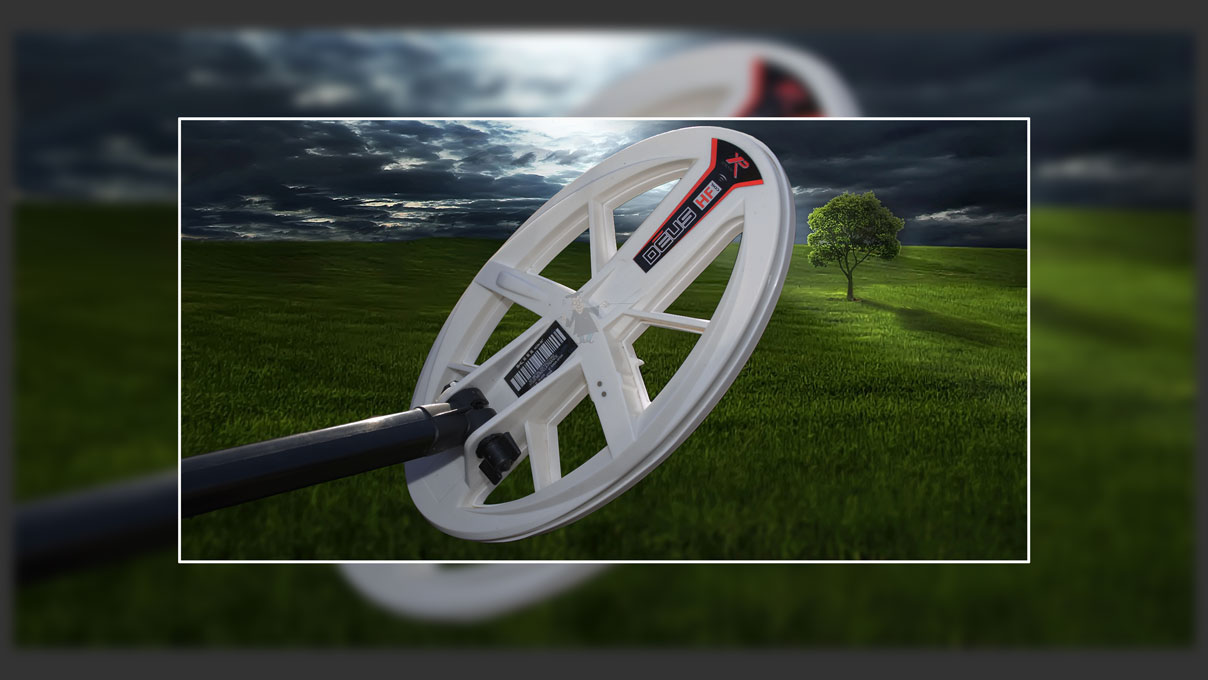 I started to search the area of the previous discovery, which is not a big spot, let’s say a maximum of 60sqm. Everything was silent, only a few rusty fragments but nothing more. I decided to move on and ”go with the flow”, having another 5 hours of spare time to spend in the forest.
I must say, it was a very clean forest, I tagged a signal every 10-15 minutes, mostly bottle caps and a few modern coins, but the weather was nice and I was enjoying the lightness and usability of the HF coil.  After entering an older part of the forest, with bigger trees, the audio information increased, mostly garbage related to pic-Nic spots, but I decided to dig most of the signals, in order to understand the coil and how it responds.
Not having much MD experience, I wouldn’t be able to compare it with other coils or situations, but I can say that it is very stable and quiet at around 30kHz and the discrimination very precise. In fact, the discrimination was the first aspect that caught my attention: the iron was iron, foil was foil and so on, everything precise every time, even in the case of some ”mixed signals” jumping from the iron to the foil range, and after inspecting the target, I discovered 2 big nails wrapped in cigarette foil.

At some point I changed direction, and ended up on what looked like an older path. I started to pick up several iron signals, rusted scrap, nails and all sorts of fragments, I would say that the area was almost infested, but I was happy to deal many targets as it appeared to be older garbage and concentrated in a small perimeter.

I decided it was time to see what this coil could do, so I pumped it up to 80kHz, increasing also the discrimination to a moderate value in order to clearly cut out the non-ferrous.
With reactivity at 3, everything was incredibly fast and clear, the iron was immediately skipped and I was digging only Bronze and Brass fragments. The Deus sang with a clear 73 signal, very stable, I thought to myself this was the first signal of that kind, with that sound, so maybe it could be something interesting, and so it was. After a short dig I was looking at a little ball of soil with some grey metal in it, I was sure that the grey metal was silver. It appeared to be some sort of jewellery, it was so tightly packed with mud I decided to put it safe and clean it later. There were more signals in the hole, and even a few more around it, so I started to dig them. From a 50x50cm perimeter, I recovered 26 silver coins, of different sizes, and even a second piece of jewellery, apparently similar to the first one. It was very hard to recover all the coins, being very thin and in very difficult positions, but the HF Elliptical coil delivered great results and clearly made the difference. 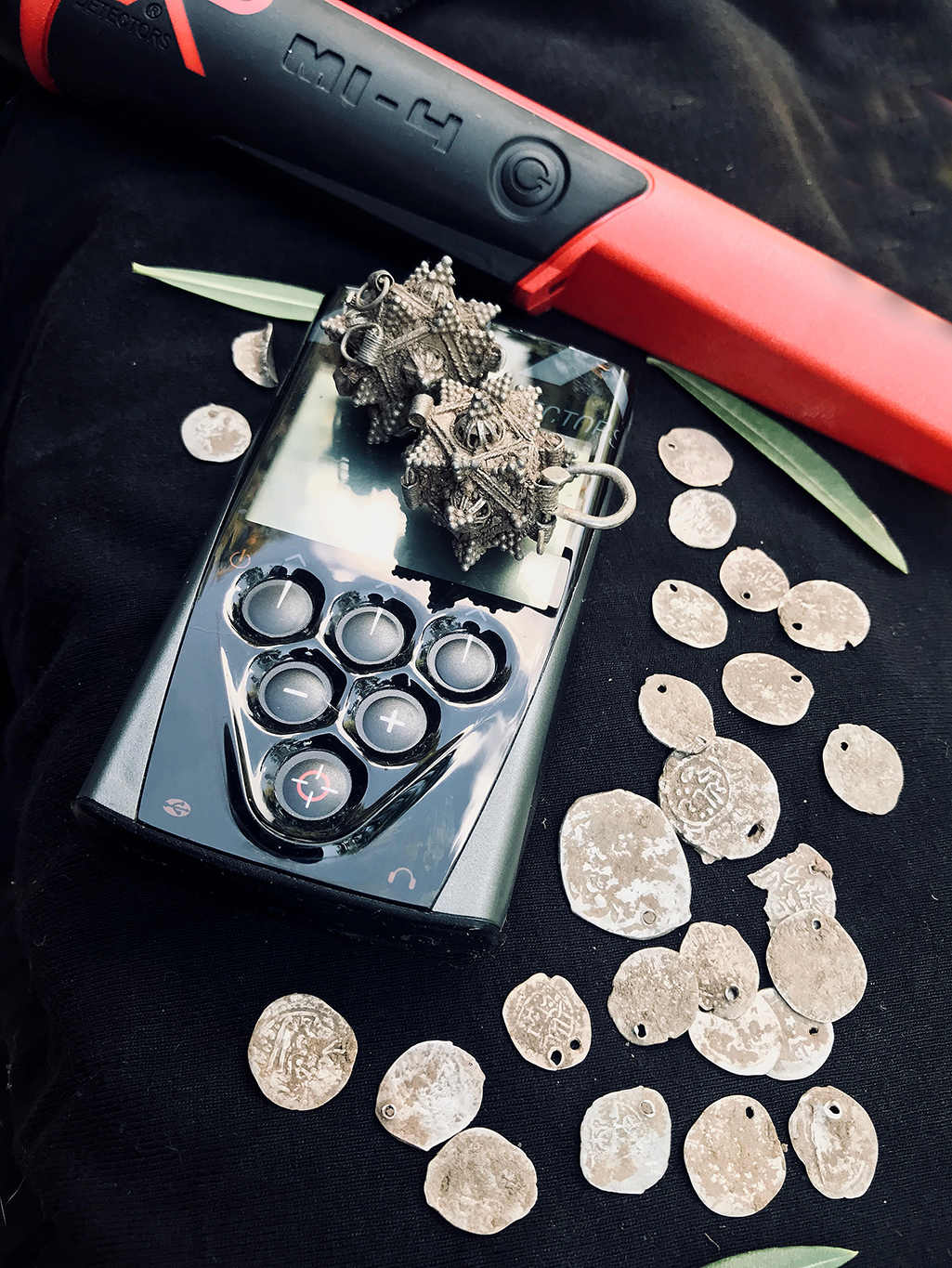 After recovering the first 10 Silver coins, I asked my friend to check the spot with his XP Deus with the standard 28 coil, both at 11 and 17 kHz, and he had no readings. At 17kHz it was scratching a faint sound, but the elliptical HF at 80hKz was receiving very clear signals, it was stunning to see such a difference in “real time”.

All the pieces were most probably buried in a small wooden box, because mixed with them I found rusted nails and something looking like a lock. After carefully inspecting the spot, we left the place with this new incredible experience to tell.
After gently cleaning everything in water, I discovered some incredible pieces of jewellery, apparently earrings or pendants, possibly pieces from a bigger necklace, which would have been very fragile and detailed. We concluded that they could be medieval. 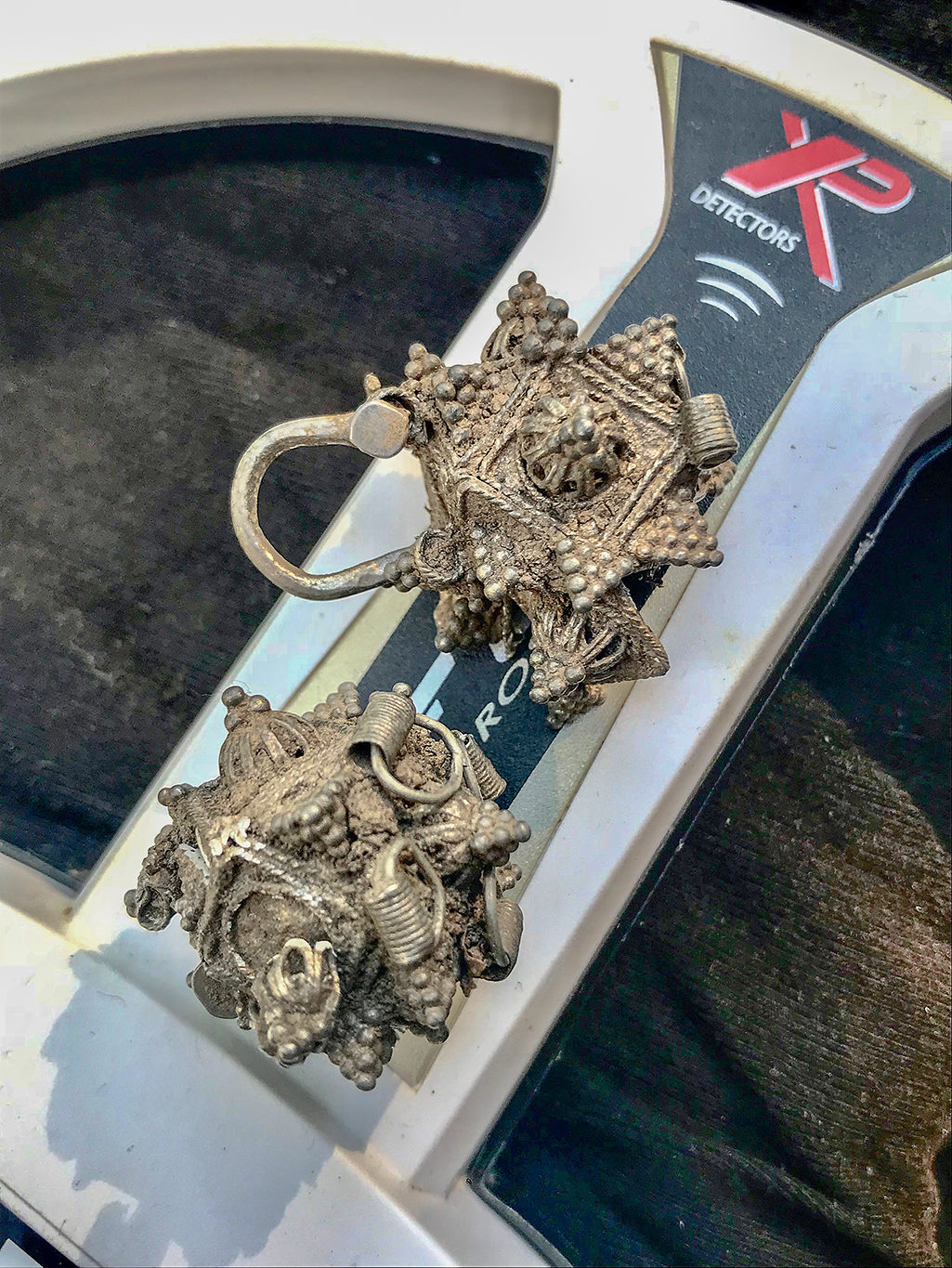 Once again, we contacted the authorities, and now we’re waiting to know how the finds will be listed.

If I weren’t there also with my friend and the 28-standard coil, I would have not believed such thing, I swear. I counted 7 targets that the 28 coil could not locate, that’s crazy! I am sure the 28 standard coil would be better than the HF in another situation, but it gave me and my friend a much better understanding of what the HF was capable of, and when we should be using it. 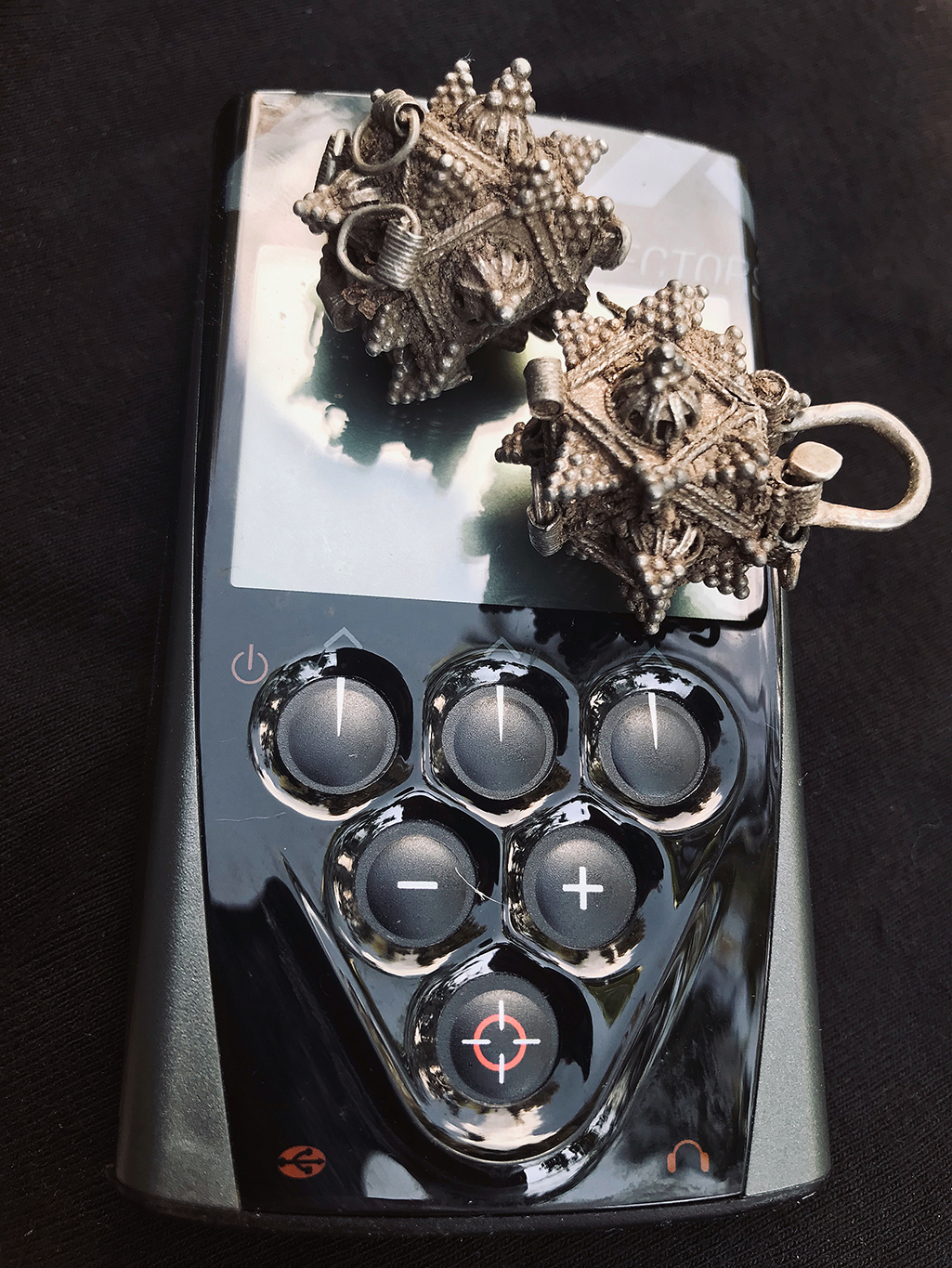 I’m am so happy I decided to get the HF coil, no better confirmation than a live field test with great results, THANKS XP!!
Sasha ”Red” Ciozky