It’s somehow hard to start this metal detecting story, because it is related to such an incredible moment for me and my team, the emotions we felt during the events are something that can’t be described but only lived.

As a preface, I want to highlight once more a significant aspect related to the XP Deus. The vast majority of those who use the machine are oriented to discoveries related to ”old stuff”, like ancient or medieval targets, but the Deus can be successfully deployed also in other contexts. Regular readers of the XP blogs know the RMA are a team specialized in the recovery of military artefacts related to both WW1 and WW2, all within the Romanian territory. We work very closely with our local museums and the community. 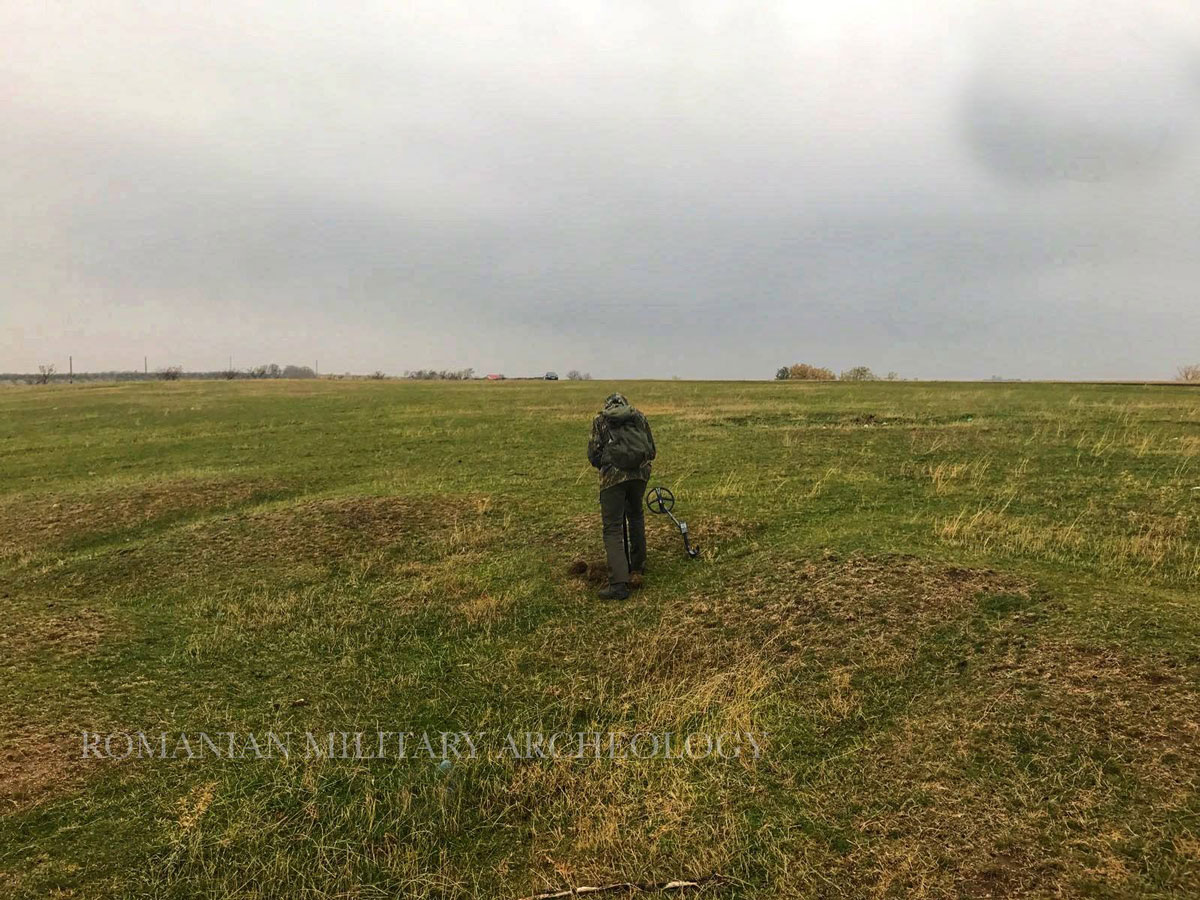 We don’t dig randomly, we study every detail of our targeted areas, but the most important part is to gather information. Sometimes we gather valuable information from military history books or archives, school manuals or stories told directly by veterans.

After we put together enough information related to the location of a WW2 German headquarters, we decided to give it a try. On our first visit we managed to achieve some good results: all sorts of mixed materials, apparently garbage, but in fact very important, because this confirmed that in German troops were stationed in the area.

The ”playground” was a not very big forest, with almost flat ground and a surrounding field. In the centre we discovered several trenches and shelters dug into the ground. We came back the next day, and focused our search on an area that was littered with signals, but most important…there was a lot of brick on the surface.

Four of us (me included) were using a custom ”Fast” program, with medium discrimination, 5 tones, 11Khz and most important 2,5 reactivity. This new reactivity option, included in the V4 update, was a perfectly balanced speed for such context. We started to hear so many signals, most of them very strong and high pitched: pieces of aluminium, buttons, coins, all sorts of parts coming from bigger mechanisms and so on. We had to dig every signal, because in a Militaria context even a metal scrap may prove to be something interesting.

Most of the signals were almost on the surface or at very shallow depth, so everything depended on the Deus recovery speed and discrimination. We found clear signs of intense activity in that area, but nothing suggesting fighting, no empty shells, shrapnel or battle-damaged material. I received a very strong 95 signal, I was convinced that another aluminium ”piece of useless something” was under my coil, but it wasn’t so. 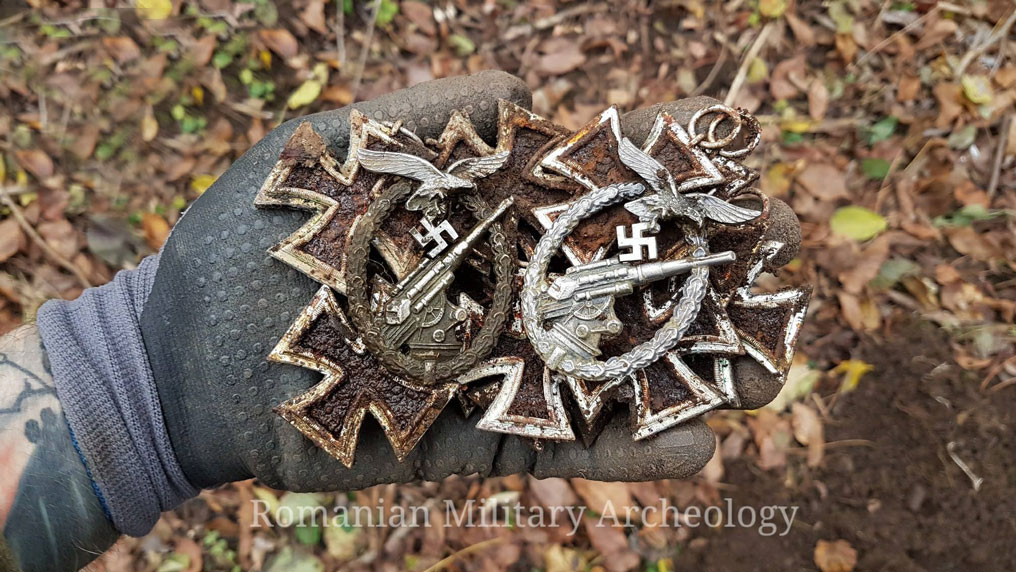 On the surface, just under the leaves, a German Flak badge (this badge was awarded to servicemen of the Flak artillery who distinguished themselves in action against enemy aerial or ground attacks), complete and in incredible condition. I was totally hyped by the discovery but in the same time aware that there could be more, and this time I was right.  Only a few meters from the badge spot, another Flak badge, identical to the previous one; we just brushed them with some water & vinegar mix (yes, we carry such stuff on the field) and they were…like new!

At this point high signals were everywhere, we needed to contain our excitement, because it was clear that something big was happening.

Behind a big rock, I managed to recover a German Gorget in use by the military police, then a few meters from it I started to find German Iron Crosses of second class (EK2, awarded for a single act of outstanding combat bravery above and beyond the call of duty). There was a lot of confusion in our walkie-talkies, everyone was screaming in the same time from different spots of the same area ”My God, I have found several iron crosses”. 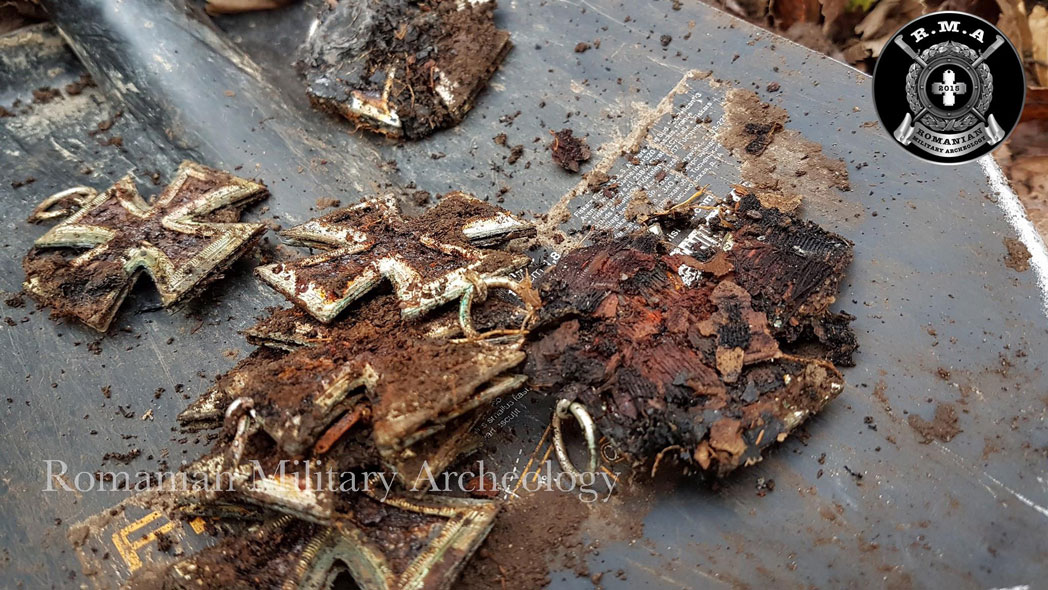 We were in a dream state of mind, a weird situation because it was a scenario many of us often dream about, and it was happening in real-time: ”How could it be to find tens of decorations in one hole?”, now we know that. 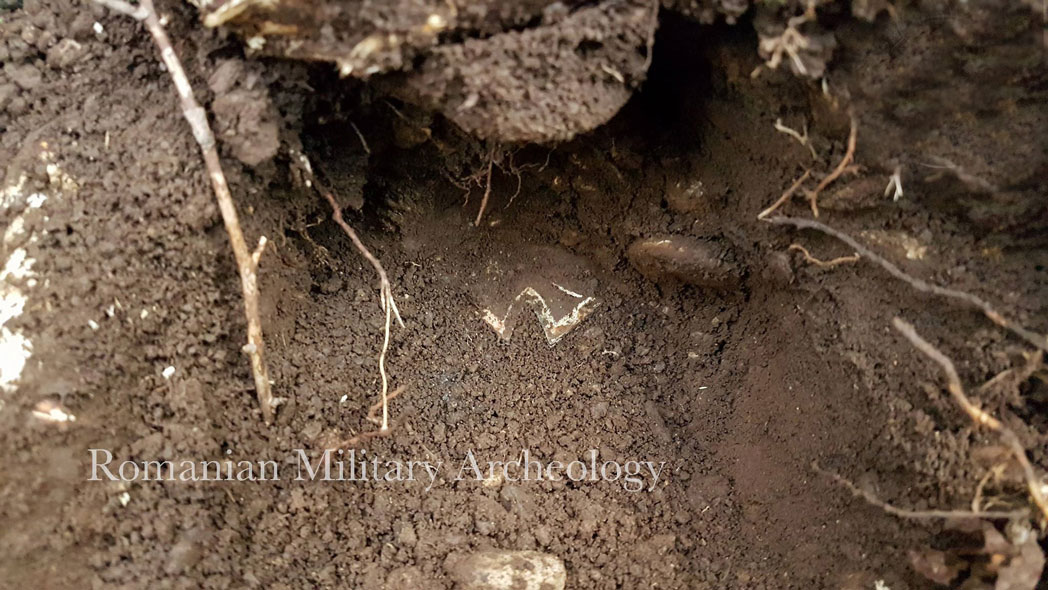 We’ve found the exact location of a German commandment, where many materials were dropped and left behind, most probably when they had to retreat in a hurry from their positions. All the decorations were ”unused”, not yet awarded, probably stacked for future use. We were glad to donate part of the discovery to the local history museum, offering them all the information we gathered on and from the field. 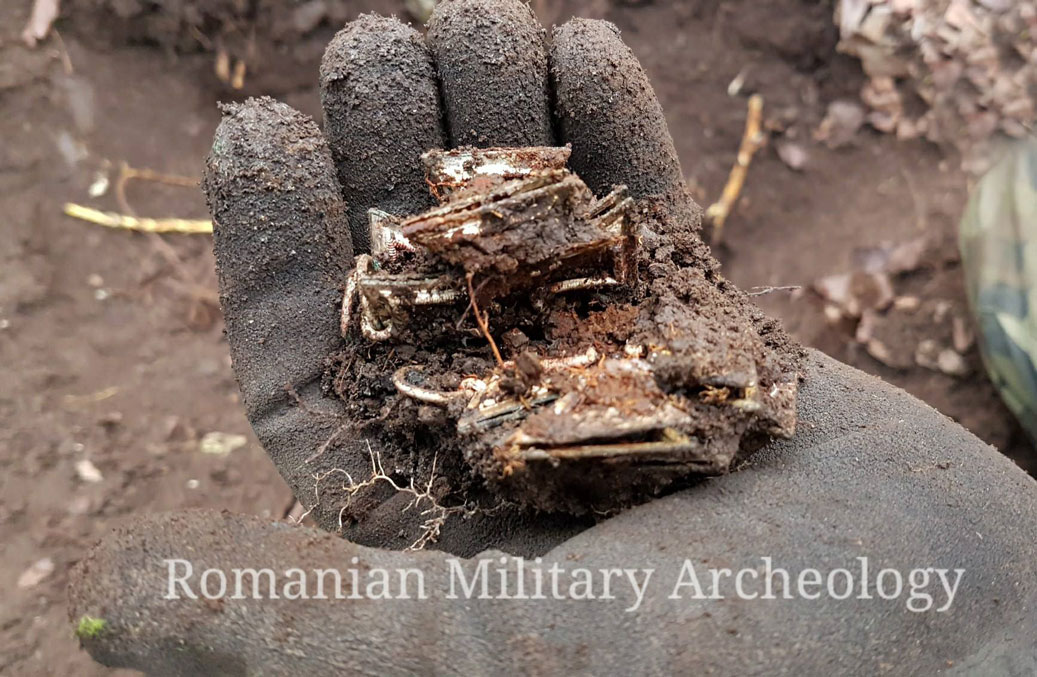 We will get back to you with more details related to this discovery. 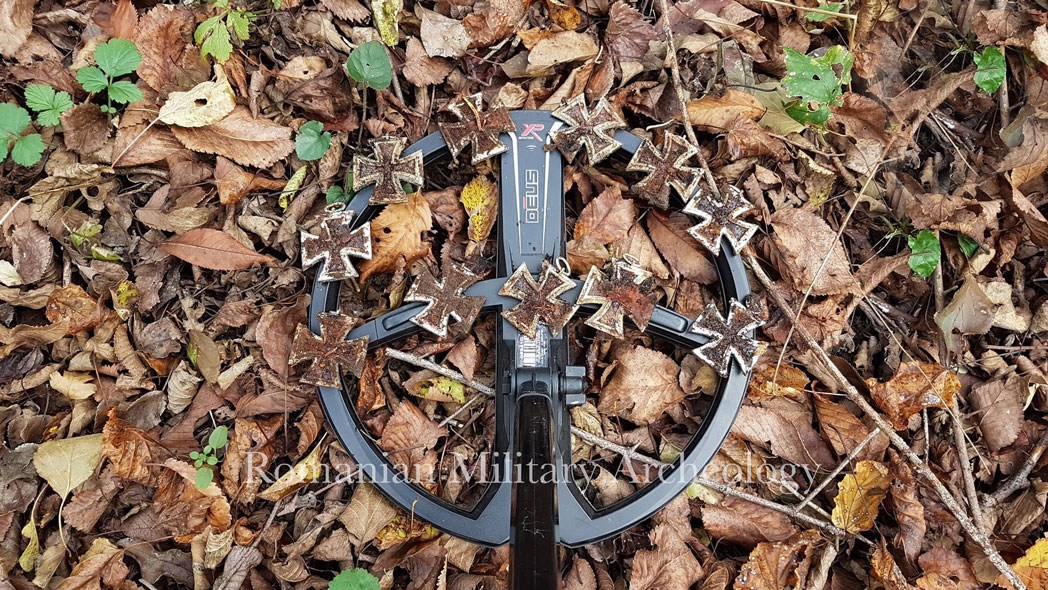 Thanks XP once more, the Deus proved again its qualities!
Daniel from the Romanian Military Archaeology Team – RMA