Follow to your soul and you may be rewarded

I must say from the moment I picked up my first machine metal detecting has been a very satisfying hobby. No, not economically satisfying, but more like a window for the soul….. and also bonus for my country’s historical heritage.

I firmly believe that I’m a lucky guy, besides having a loving family, I’ve encountered several situations that have made others say ‘’man, you’re truly lucky’’.
So, keeping that in mind, I’ve entered the metal detecting world with a slightly different outlook to many others.

I started the hobby with a cheap machine, just in order to see if the activity would suit me. Even in the early days, I was struck by an image, an advertising image, it was a new metal detector that pushed the boundaries to another level; that detector was the XP Deus, and from the very first moment I saw it, I knew that it will become MY metal detector. Lots of other manufacturers based their advertising around glossy pictures and the promises of more performance and deeper treasure, which even as a beginner made me think twice. But this machine had no hype, just facts and the best advertising campaign available…..The customer.

The day came when I finally got my hands on my very own Deus, and since then a long series of lucky shots accompanied me on my journey. I won’t describe every nice coin or interesting artefact I’ve discovered, but I will over a series of articles show you my more important finds that have kept my passion for History alive, and I think the equipment I am using is partly responsible for this. I say partly because there is a lot of luck involved with this hobby…..Plus I believe you can change your luck by focusing on your own feelings, I will explain more in a while.

In another article I will talk about a very interesting Medieval hoard consisting of Gold and Silver jewellery, plus all sorts of other valuables, this time I present to you a ‘’classic metal detectorists dream’’, a big, silver coin hoard.

It was a cold January day with clear skies, in my mind I pictured detecting a forest, so that was just what I did. I had been looking at a particular site for some time so I headed in that direction. Most of the time I go detecting alone so on this day it was just me, my little jeep and the Deus.

After few hours of searching with my XP Deus I had very few signals (mostly trash or modern coins) I started to have a strange feeling, it’s hard to explain, a mixture between energy and desire, I have experienced this many time before: I felt that something good will happen to me on THAT day, in THAT forest. I have talked with people and read many times about the detectorists having such feelings, or should I say strong sensations, I personally believe this is something we all have the abilities to uncover.
With this feeling in my mind, I continued to search with only 2 available hours of daylight left, (in January everything is dark by 5.00pm, and you don’t want to be alone in the forest…).

Surprisingly or not, that good feeling was once again spot on: A very loud and jumpy signal came from base of a tree, I carefully excavated the area and there it was a hoard of silver coins, most of them Ottoman but also Austrian, Spanish, Russian and few Romanian ones. A total of 596 coins cumulating 12,5 kg of silver. I was in shock but not 100%, because in a strange way having carried the “Detectorists feeling” with me I knew that something incredible was going to happen, so in a way it was not a complete surprise. 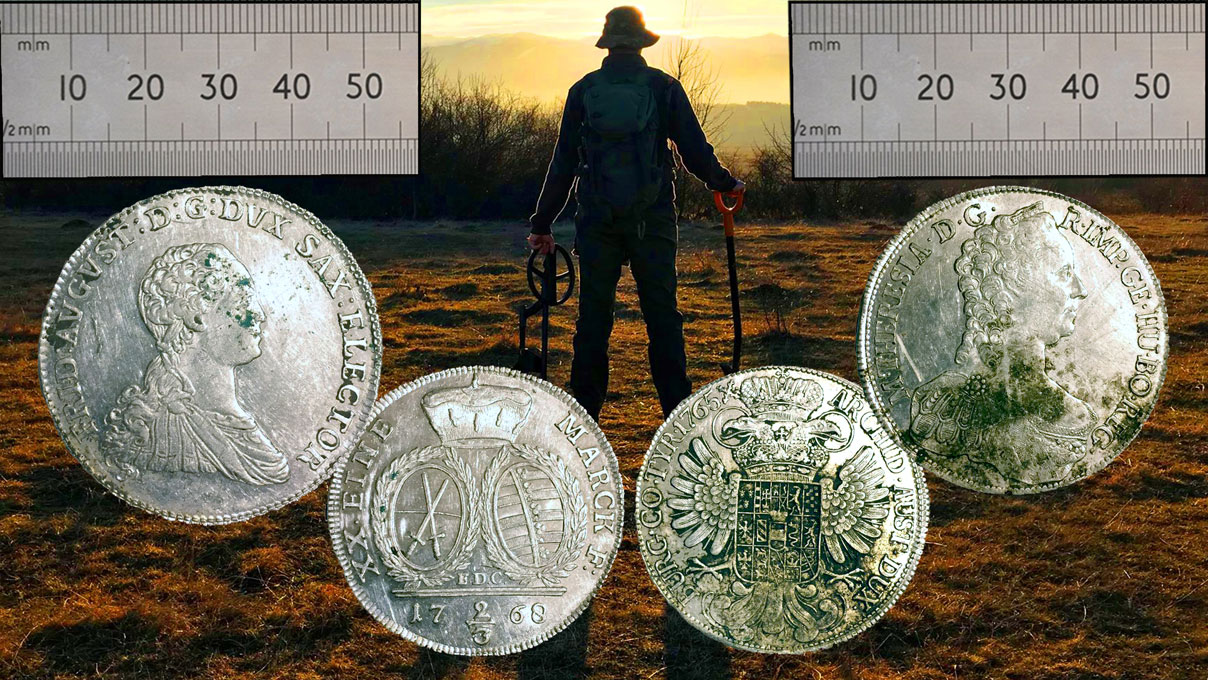 The entire hoard was handed to the Romanian National Museum of History in Bucharest (I attach also a document related to that) and for me it was just another incredible day that gave me incredible memories. I’m lucky, yes, it’s true, because when I get old I will have some very interesting stories to tell; hopefully I will be believed….. 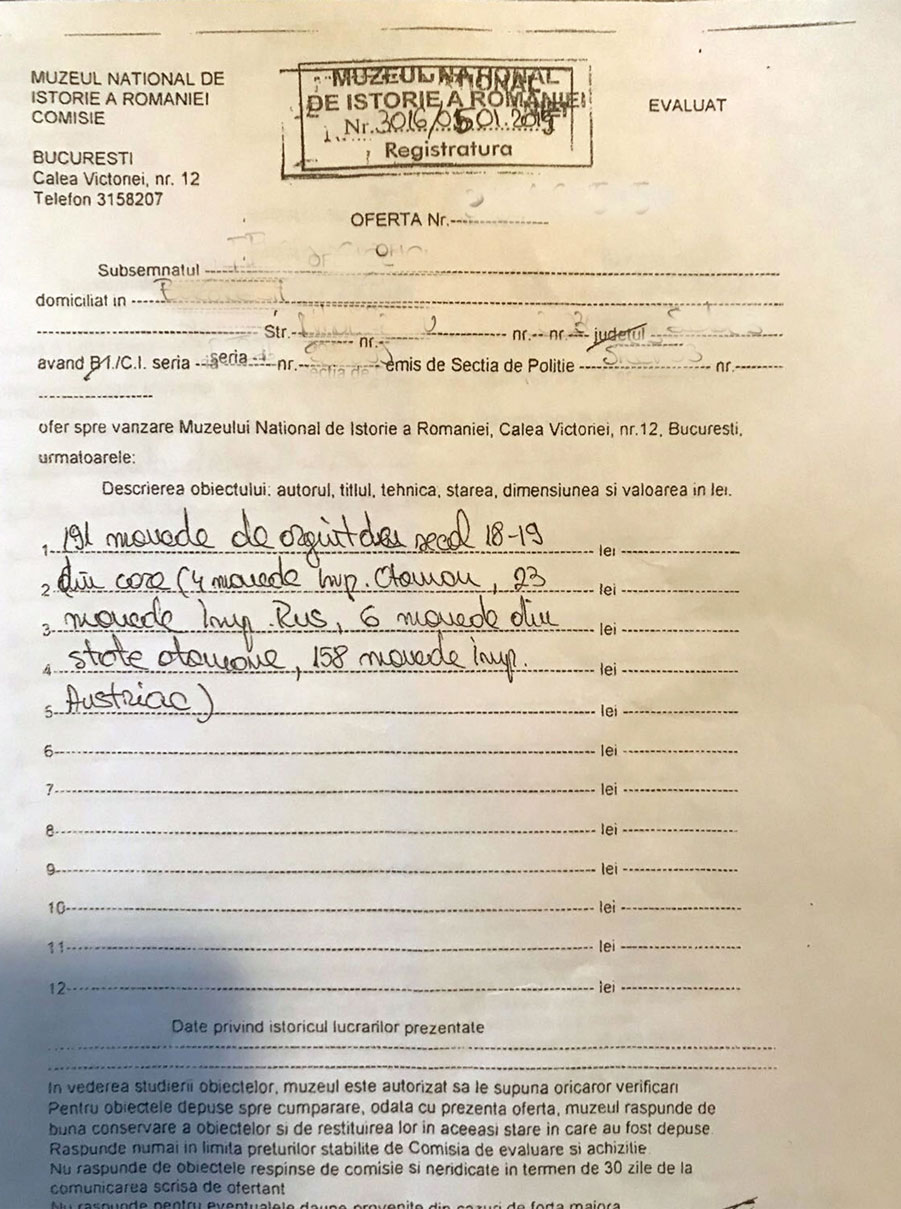 My advice to fellow detectorists out there is follow your feelings, if something feels different while detecting don’t ignore it, there may be greater powers out there giving you a sign.

Thanks XP for such incredible machine, which for me has not only been the compass to my success but made this hobby so much more enjoyable. 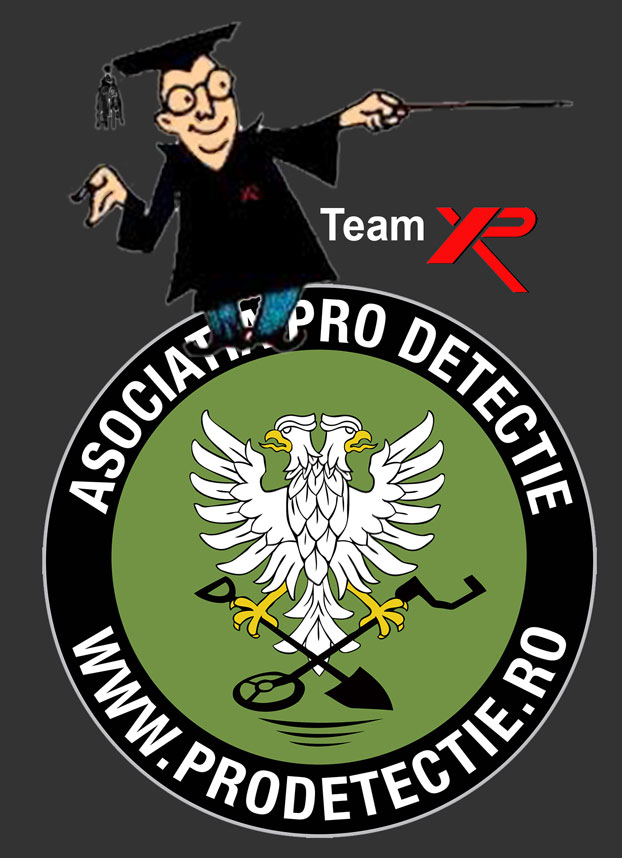