My name is Michele I am now the proud owner of a new XP Deus, I had the chance to test it last week for the first time and made some interesting finds. 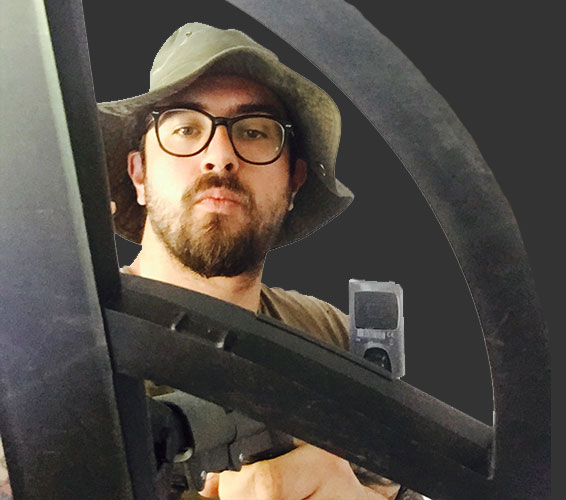 My name is Michele from Romania, I work with a small team who specialise in the recovery of military artefacts and relics, most of the sites we search have very difficult conditions, we have to deal with a large amount of iron, the site in question was no different, so this was probably not the best situation to learn and use a new machine.

At the beginning of the day I was a bit nervous about all the settings and options. After only 45 minutes of use, I can say that I was already very comfortable with the Deus.

I was lucky enough to recover some interesting items, including: 2 Romanian WW1 water canteens, which after the cleaning process revealed  the names of their owners (Afteni Mihail and Fledman Chivu). A WW1 bayonet for a Mannlicher rifle and three silver Romanian coins, also coming from the same period: 5 Lei from 1880, 1 Leu from 1914 and 2 Lei from 1873.

Here in Romania we practice metal detecting by strictly following all the national laws.

We regularly work alongside the museums and feel very proud when people come to view our discoveries.
What can I say about the XP Deus
The recovery speed of the Deus is incredible, and made it so easy to isolate the silver targets in the iron infested area.

I have to say it’s a great machine for militaria hunts, perfect for the woods and mountains, very light, compact and fast, very fast.

Before 1878 the silver Russian ruble was valued so highly as to drive the native coins out of circulation. Consequently, in 1889, Romania unilaterally joined the Latin Monetary Union and adopted a gold standard.

Silver coins were legal tender only up to 50 lei. All taxes and customs dues were to be paid in gold and, owing to the small quantities issued from the Romanian mint, foreign gold coins were current, especially French 20-franc pieces (equal at par to 20 lei), Turkish gold lire (22.70), old Russian Imperials (20.60) and British sovereigns (25.22).

Romania left the gold standard in 1914 and the leu’s value fell. The exchange rate was pegged at 167.20 lei = 1 U.S. Dollar in 1929.
During Romania’s World War II alliance with Nazi Germany, the leu was pegged to the Reichsmark at a rate of 49.50 lei = 1 Reichsmark, falling to 59.5 lei in April 1941. During Soviet occupation, the exchange rate was 1 ruble = 100 lei. After the war, the value of the currency fell dramatically and the National Bank issued a new lei, which was worth 20,000 old lei