It’s amazing to think that we will never know what remarkable treasures the soil hides.
I must admit that many times I have the obsessive thought that maybe something incredible could have laying buried just 10cm outside my Deus search swing, sometimes it’s hard to stay focused when that thought is in your mind. This article is kind of a follow up from my earlier post called “Metal detecting trust your feelings” recently published on the XP Classroom blog.
People know me as Vorax I am a proud member of the Pro Detectie association in Romania, as a group we work alongside the local museums to protect our countries heritage and share the history we have uncovered, without the assistance of high performance metal detectors, none of our amazing discoveries would have seen the light of day.

I must admit that when I began metal detecting I had a clear vision, and that was to find something truly memorable and important for my country’s history and heritage. I have had some very good luck in my ”MD career”, I can’t deny that, sometimes I just become complacent about finds, even if they were pretty nice. As it often happens in life, my period of numb self-sufficiency changed in a blink of an eye on a normal day. 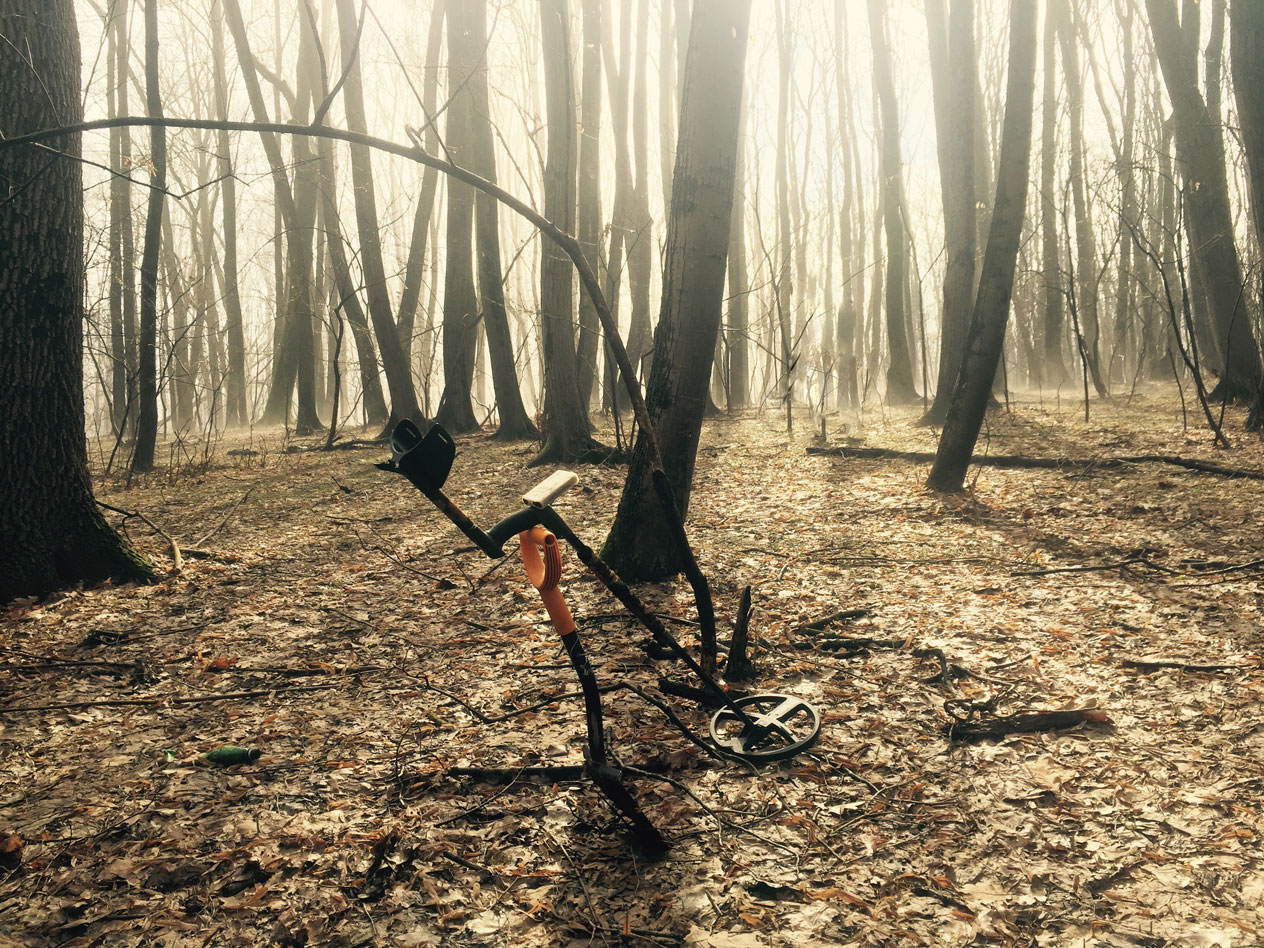 For some months I’ve been searching inland and beaches, my inland search had been mainly exploring the same area, in which are three forests close to each other, one considerably big and two smaller. I spent about two months prospecting the big forest, without any notable finds, beside few modern coins and items, mostly cheap jewellery from ca. 1900.  I kept going back there, because the landscape was beautiful and the forests are very clean, every visit was a true joy ride. After another month in the big forest, I decided to try to change my luck and start to search the smaller forest out of the three.

The first day in the small forest was no different; very clean soil, very few signals. At some point, I decided to work towards the opposite side, more exactly an area clearly showing as odd shaped object on my GPS screen.

After a short walk my GPS told me I had reached the spot, believe it or not but the very first signal there, was the one that changed my fortune.  A very strong and stable signal, jumping across three tone ranges on my custom Deus Fast program. From the beginning I was sure that the signals were coming from multiple separate targets, I was receiving a clear 65-70 value, but also a collection of faint ones at about 40-55. I initially thought that most probably would be some sort of shallow trash pit, but I began to dig with a big grin on my face, why the big grin ? All I can say is I was having an unexplainable feeling that something uncommon was in that pit… and I was right.

After digging down, I spotted the ”grey light”, I was sure that I was seeing Silver in the hole. Multiple large objects of Silver were sat there at around 10/15cm deep right before my eyes: Brooches with gem stones and Gold detail, rings and other various jewellery, both in Silver and Gold. I was stunned, but needed to compose myself because more signals were still there in the same hole. I detached the lower rod from my Deus and started to work very slowly and methodically with just the coil …..Genius idea !

At a glance I estimated the jewellery to date back to somewhere to the medieval period, but something even more incredible happened. When the jewellery pieces were all recovered, I started to pick up coins, which were located under the jewellery hoard, and they were not common coins, but 13 silver Thasos Tetradrachm, dating back to about 400-480BC. 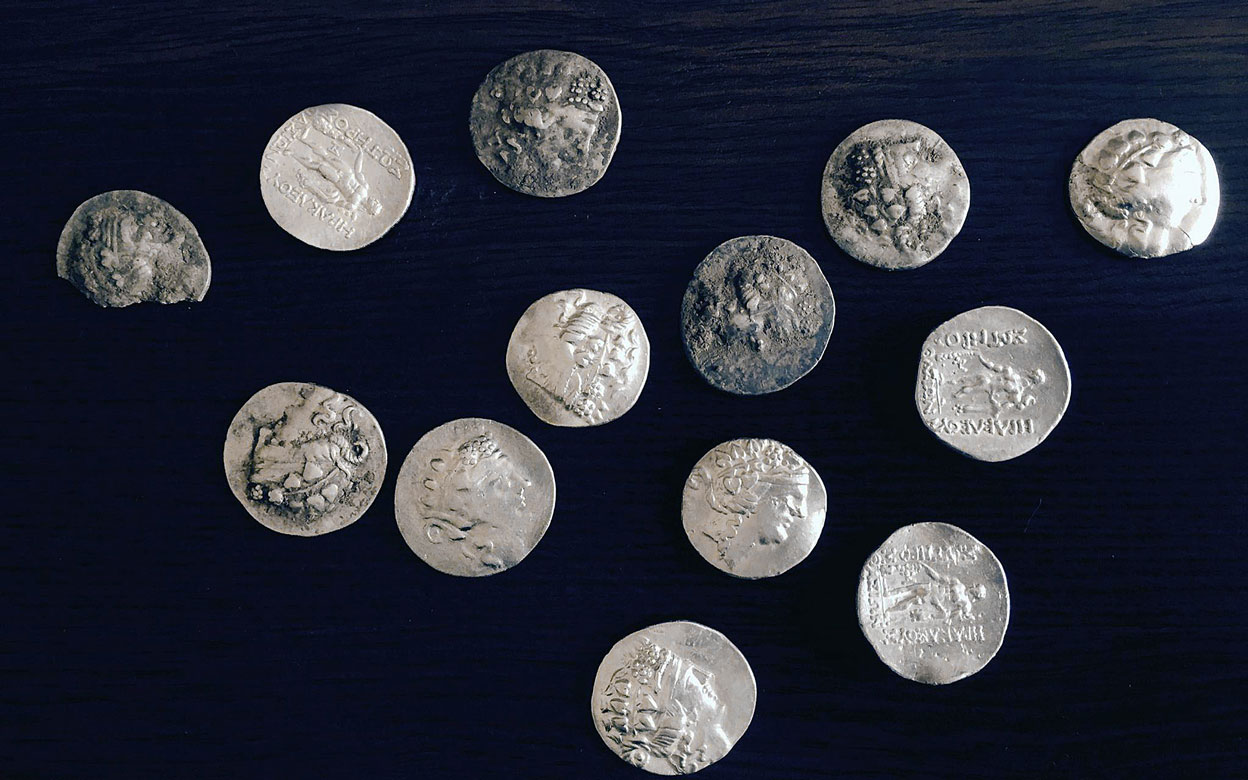 I was in a dream state of mind, it was an unbelievable moment and a truly unique feeling. When I handed all the materials to the National Museum of Romanian History, they suggested that the mixed periods could have been related to a medieval thief and some stolen goods. 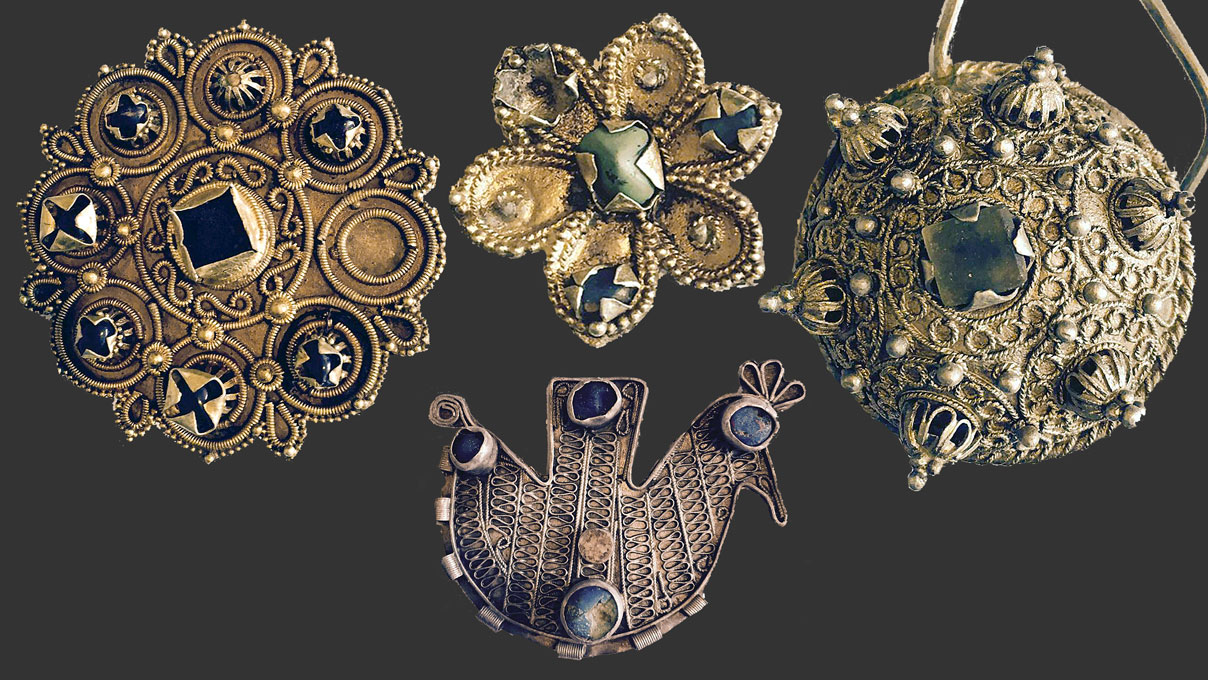 Possibly a wealthy medieval family having some ancient coins in their collection, who had been possibly robbed. But the most interesting piece from the hoard, was a small oval Silver medallion, displaying some engraved inscriptions related to Saint Ambrose and containing some bone fragments and human hair. 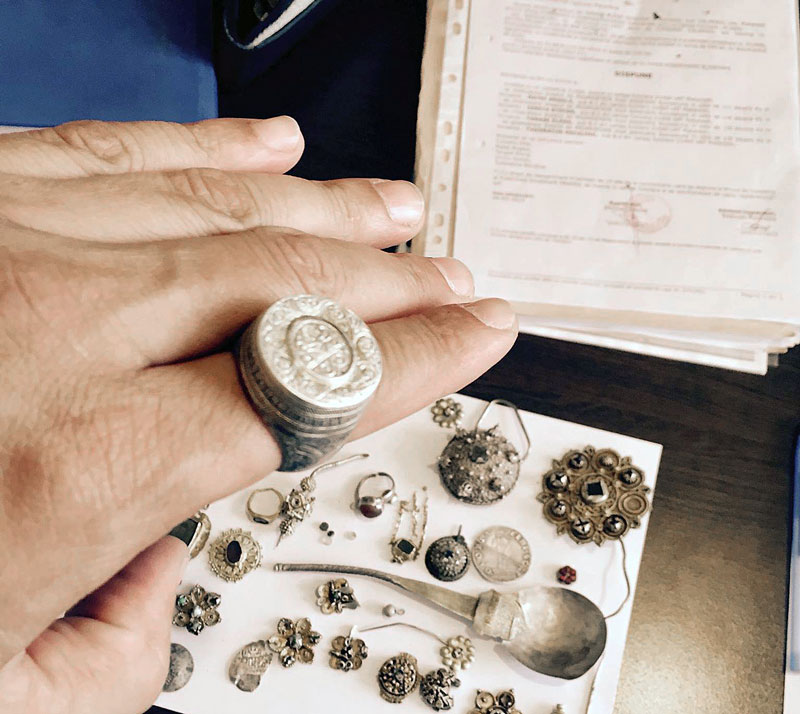 Thanks XP to my Deus and indeed to XP for making a powerful lightweight machine, capable of working the most difficult terrain. After the discovery buzz was gone, I understood that the fast target separation of the Deus made me aware that multiple targets were in the hole, perhaps with a slower machine it would have registered something completely different. This whole event taught me to trust the Deus and never assume! That jumpy signal…. You know it could be trash but on the other hand it may not ! 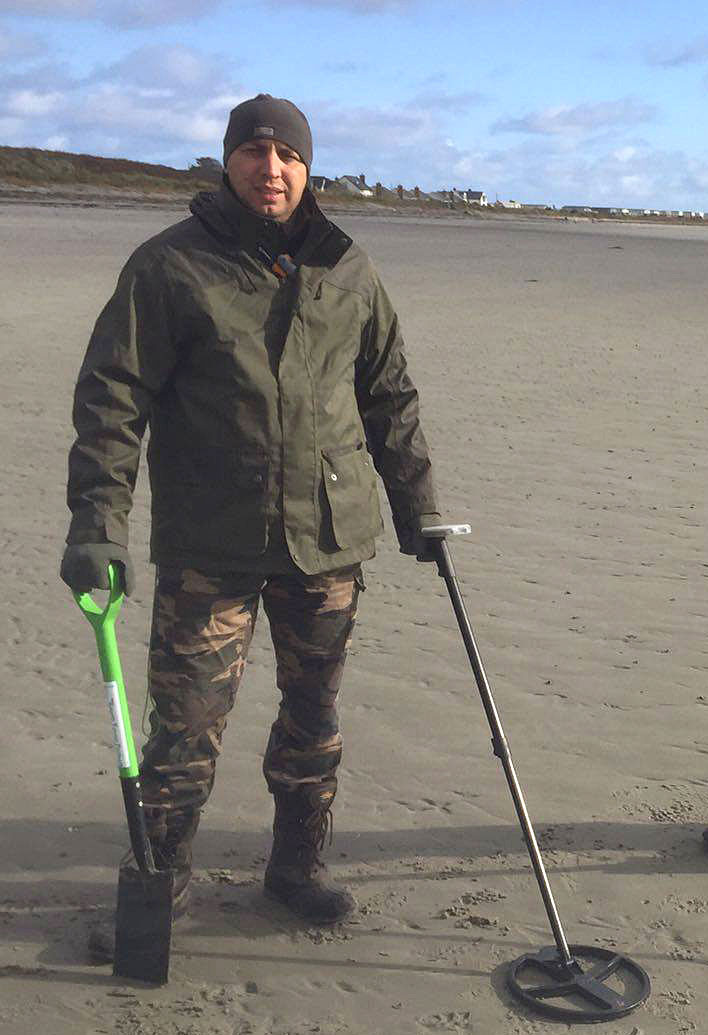